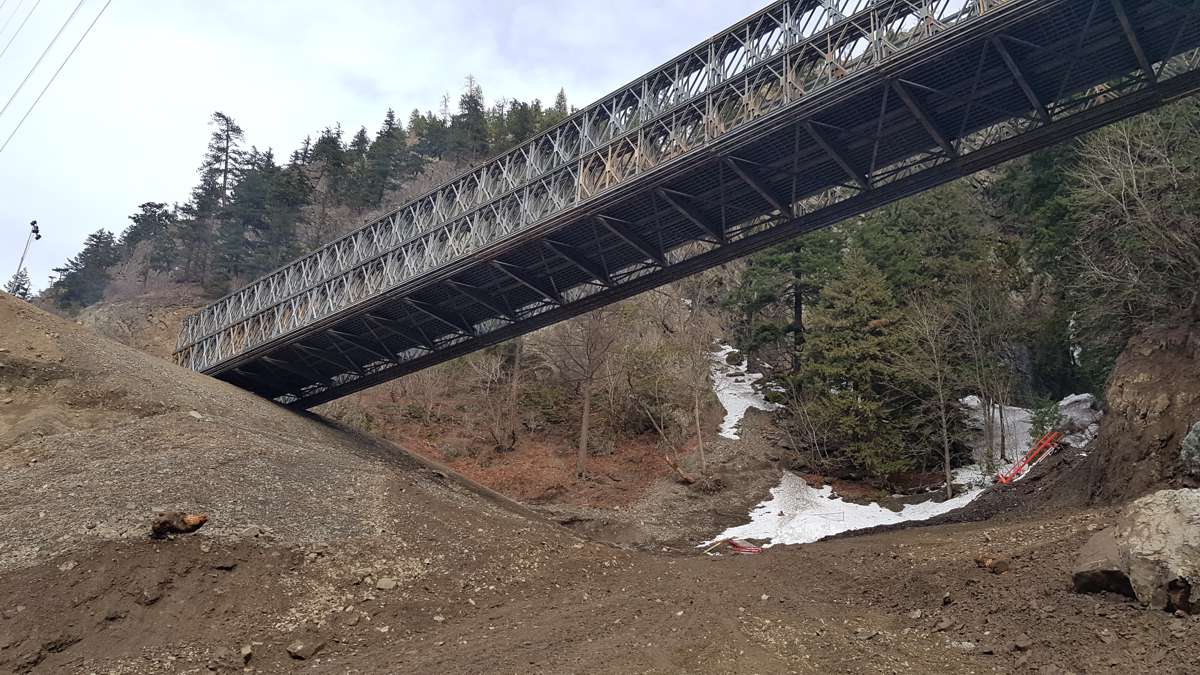 Acrow, a leading international bridge engineering and supply company, has announced that one of its modular steel bridges has been installed to provide temporary access for Highway 1 traffic through the Fraser Canyon in British Columbia, Canada.

The bridge replaces a section of road damaged during heavy rains in November 2021.

Much of British Columbia was impacted by flooding caused by the extreme weather events, and Highway 1 had particularly significant damage. At Jackass Mountain, a large three-lane section of the road was destroyed by a landslide. This and other closures and disruptions were of particular concern as Highway 1 is the main route of the Trans-Canada Highway through the province and a vital route for commerce and area residents.

With decades of experience in restoring infrastructure under emergency conditions, Acrow’s deep technical expertise coupled with its strong commitment to comprehensive service excellence ensures a successful installation under the most difficult conditions.

The site has extremely steep terrain and carries the risk of further geotechnical hazards, requiring a complex design and construction process to ensure worker safety and the success of the project. At the same time, it was mandatory that environmental and cultural protocols were considered and followed at every stage of the restoration work.

The single-lane Acrow bridge selected for the project is 79.25 metres (260 feet) long with a roadway width of 4.2 metres (13.78 feet) and a TL-2 guardrail system. Extensive site preparation included stabilization work and road and bank reconstruction ahead of the launch of the temporary bridge, which occurred on January 5 with a partial launching nose and the assistance of a crane. Although record snowfalls and avalanches delayed work at the site, the bridge officially opened to traffic on 24 January.

Added Ken Scott, President, Acrow Canada: “We are honoured to have been selected to take part in this project to restore a vital transportation link in the aftermath of the unprecedented climate events in November. Critical to its success has been the tireless work of Chuck Hunter, Acrow Canada’s Western Manager, who has drawn on four decades of technical expertise to ensure a safe, successful installation, working in close collaboration with the province and contractor.”