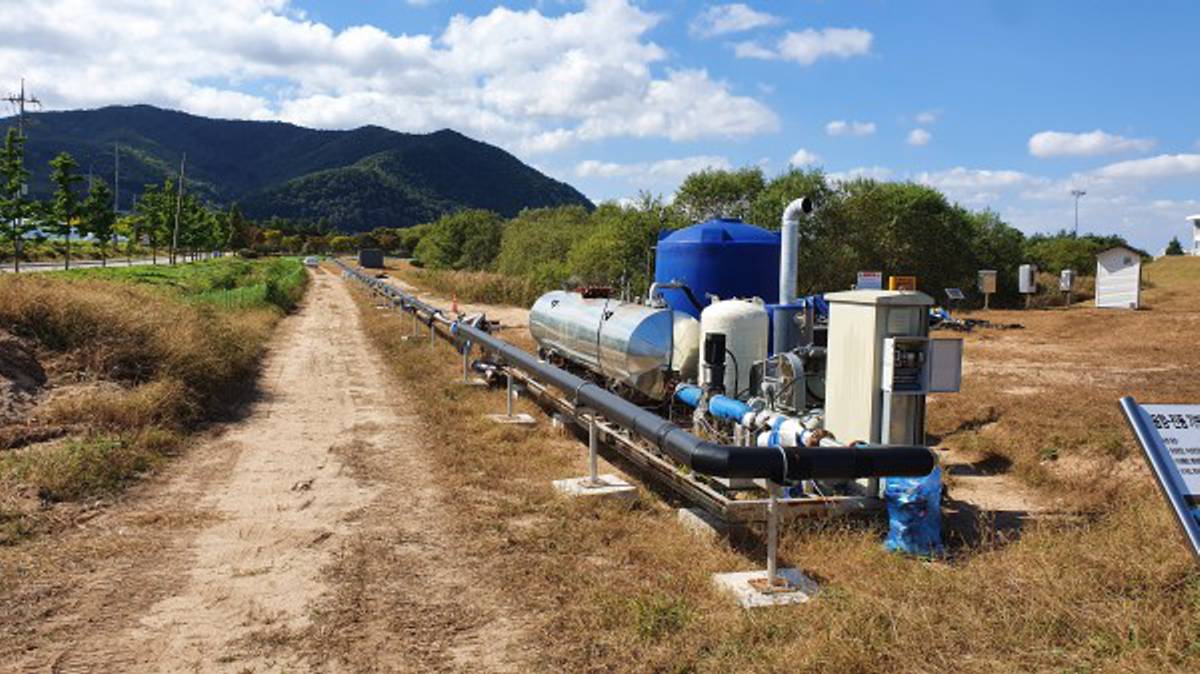 Imagine boiling water burst in the middle of the road while you are walking the street. District heating pipelines supply hot water at temperatures of as high as 120℃ at constant pressure from a District Heating Hot Water Production Facility plant to the point of demand. When the leak happens, it can be fatal.

The Korean government and the organization responsible for the operation of the district heating pipelines system have closely monitored the system since an underground hot water pipeline ruptured near Baekseok Subway Station in Ilsan on Dec. 4, 2018. Due to the incident, one person died and 56 were injured.

The Korea Institute of Civil Engineering and Building Technology (KICT), headed by President Kim Byung-suk, developed a new technology for diagnosing faults to prevent water leaks from district heating pipes, which supply energy in an eco-friendly and economical way.

Pre-Insulated Pipes (PIP) used for district heating pipelines consist of a carrier pipe made of mild steel that transports hot water, an insulation material that maintains temperature, and a casing pipe made of High-density polyethylene that protects the insulation material. Compared with uncovered pipes used for waterworks or liquified natural gas, it is more difficult to diagnose the PIPs due to the high temperature and pressure.

A conventional detection wire used to diagnose a leak on the PIPs suffers frequent breaks, and Ground Penetrating Radar (GPR) has lower accuracy. A thermal imaging camera detects a water leak accurately only when the leakage is of high volume and is useless for deeply buried pipes.

KICT conducted research of measuring abnormal signals of the pipelines by using both acoustic emission (AE) sensors and accelerometer sensors and classifying the signals using machine learning to increase detection accuracy and diagnose various abnormalities including a water leak.

For the testing, a pilot plant equipped with a circulating district heating system was built where two 259.6m long straight pipelines were installed both on the ground and underground. Four types of piping arrangements with straight, corrugated, branched, and swaged pipes, temperature of 80~120℃, and 8~12 bars of pressure were set as conditions for the testing. To test for all major types of abnormalities in pipelines, water leaks, corrosion, and cracks were reproduced. Testing was conducted on pipelines both on the ground and underground.

Measured signals and the spectrum converted from the signals were transformed into features, which in turn were taught to a Support Vector Machine (SVM), one of the means of machine learning classification.

This research demonstrated that it is possible to diagnose abnormalities of PIPs by AE and accelerometer sensors. Dr. Lee Hongcheol, said: “The detection method proposed in the research may be the only feasible way of preventing water leaks because the levels of accuracy of water leak detection wire, a thermal imaging camera, and GPR are low. Also, because they can only detect a water leak. However, validation in the actual field is necessary because there are many variables showing abnormalities and their severity in addition to usual noise and vibration.”