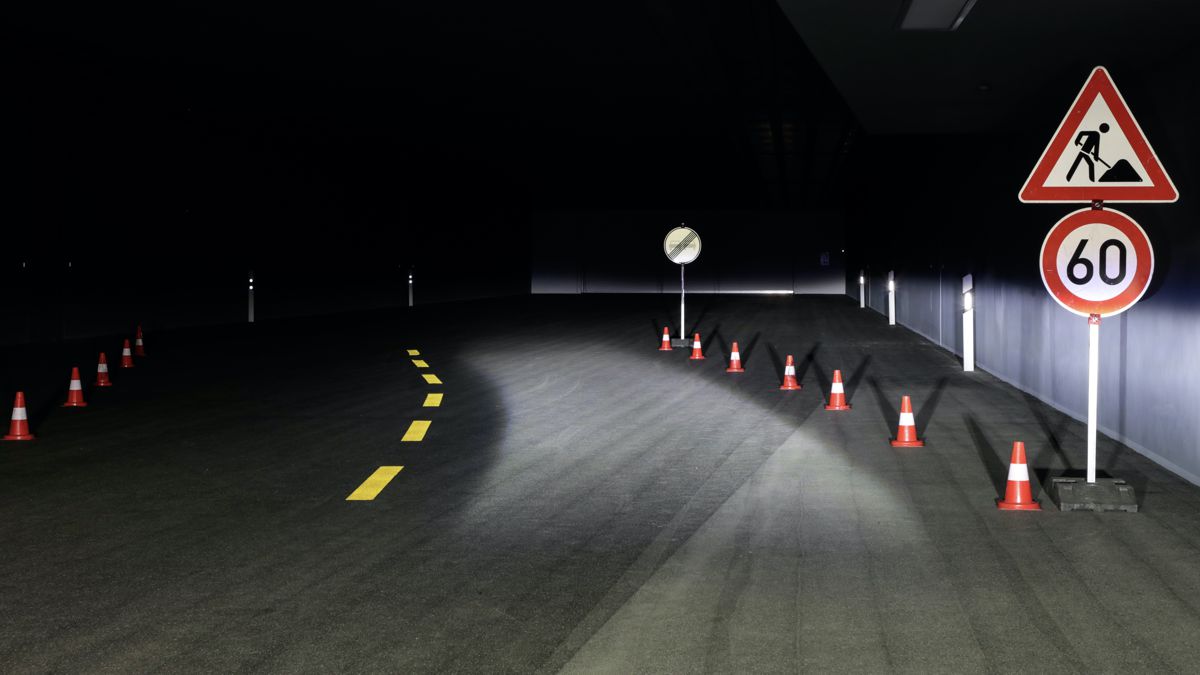 With its innovative high-resolution HD matrix technology, Porsche has created the lighting of the next generation. The innovation was developed in partnership with partners, and its central component is a chip that assembles more than 16,000 individually programmable micro-LEDs into a surface area the size of a thumbnail. Four of these LED chips are used per car, two for each headlight. Therefore, compared to prior top-tier systems, the headlights with HD matrix technology deliver a high-resolution light distribution that is up to twice as bright across a surface that is four times larger.

The new invention’s highly adaptable lighting, made possible by incredibly uniform illumination, benefits the driver. Additionally, there are cutting-edge features including adaptive high-beam lights for highways, narrow-lane lighting, and lane illumination. Up to 600 metres away, the high-performance high beam transforms night into day. For approaching cars, a new non-dazzling high beam function is used: vast areas to the right and left of the anti-dazzling gap become noticeably brighter.

Another extremely effective component is now added by the new HD matrix technology. The HD matrix headlights use significantly less energy than other high-resolution systems while producing the same amount of light because they only activate the pixels that are actually needed at any given time. 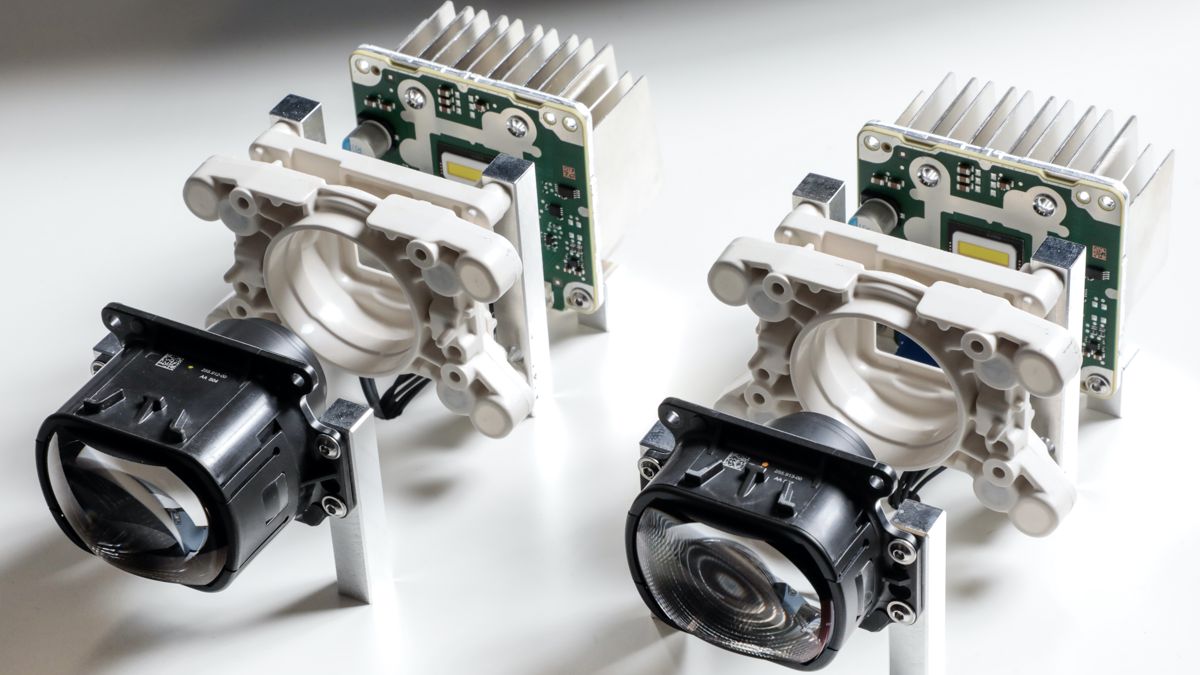 Four-point headlight graphics can also be displayed at night

In addition to four-point daytime driving lights and static cornering lights, the new Porsche headlight includes two of the new HD matrix modules and two bi-functional modules for courtesy lighting and the auxiliary high beam. These four main light sources are arranged in a four-point design characteristic of the brand. The previous top headlight from Porsche, by contrast, features four courtesy modules and a central Matrix module in 84-pixel technology.

The new HD matrix technology also stands apart in terms of design: for the first time, the characteristic Porsche four-point headlight graphics of the daytime running lights can also be seen at night when the new system is used – with both low and high beams. The HD matrix headlights will be introduced successively in different model lines with identical module technology but adapted designs. In the development process, Porsche submitted over 25 patents for the innovative technology. 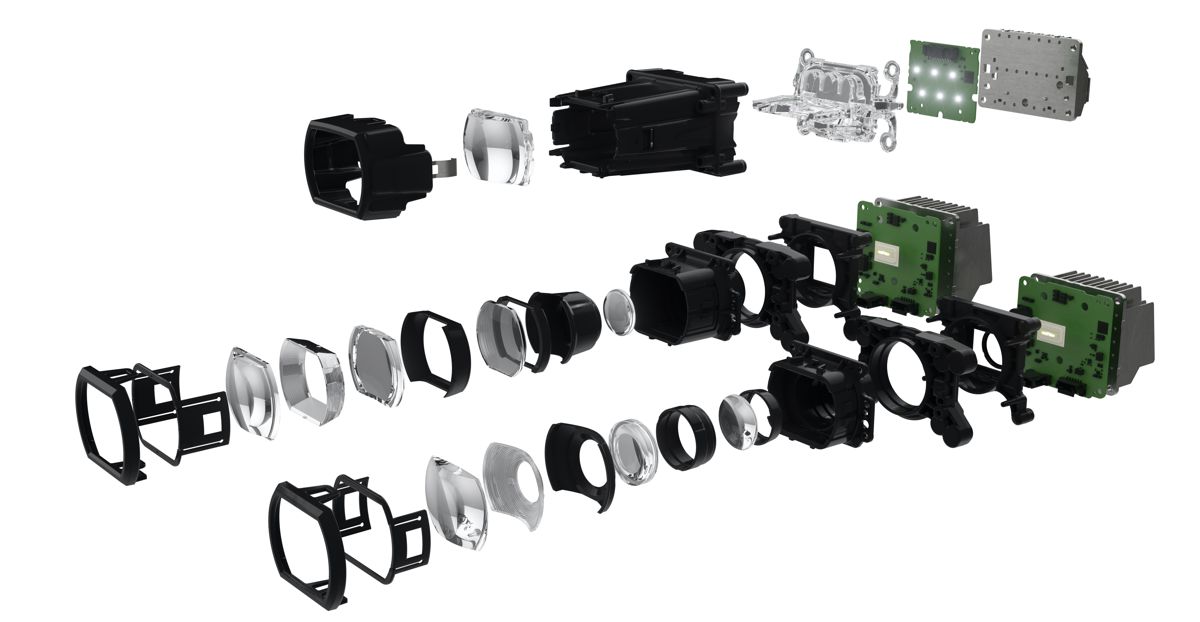 The new technology must unite different, and sometimes contradictory, requirements in a single system. The aim is to distribute all light functions among four units per headlight for design reasons. Nonetheless, the individual sources of light should still combine in a way that provides homogeneous and powerful illumination at the same time. Pre-design simulations were used to analyse which overall system design would best meet all requirements – including those of customers. As a result, Porsche opted for the new and efficient HD matrix LED technology with 16,384 pixels per module rather than the maximum resolution that is technically feasible.

The design of the headlight is clearly structured. Four almost squarely arranged light modules, each complemented by a narrow daytime running light strip above the module, trace the brand’s characteristic four-point design – by day and by night. The two upper bi-functional modules are identical and provide the courtesy lighting and auxiliary high beam with three LEDs each.

The heart of the new HD matrix technology is the two lower light units. Each features an identical LED array with integrated LED driver (ASIC) that generates an unprecedented high-resolution luminous flux in an area of just 12.8 millimetres by 3.2 millimetres. The system controller – comparable to a powerful graphics card – not only activates but also controls the brightness of each of the 16,384 individual light-emitting diodes per LED array in 1,024 steps. Different lenses, each with specifically ground optical glass, complete the two HD modules.

The lenses produce different illumination angles. The wide-angle lens of the outer HD matrix module’s ‘illumination’ covers an angle of 40 degrees of width by ten degree of height. The inner ‘Performance’ HD matrix module with telephoto lens radiates the light at 20 degrees by five degrees. Its illumination is therefore only half as high and half as wide, but significantly brighter. The light distributed by the two HD modules overlap in the centre. The new headlight thereby combines wide illumination with high intensity in the central area.

Best possible visibility in any situation

The performance leap in light technology can be attributed to this efficient generation of light and the combination of the two HD matrix modules with the two bi-functional modules. With a total of 32,768 individually controllable pixels per headlight, the HD matrix modules generate direct high-resolution light. Only the light that is actually required is generated. This is why it is known as active matrix light generation.

The HD matrix light illuminates the entire 40-degree horizontal and ten-degree vertical range with a luminous flux of over 1,400 lumens, thereby generating one of the largest and brightest high-resolution illumination areas. It covers the entire high beam range and begins just in front of the vehicle. The light can be distributed in any way within this area and this flexibility makes it possible to improve existing functions and introduce new ones – always with the aim of offering the driver the best possible visibility in any situation. 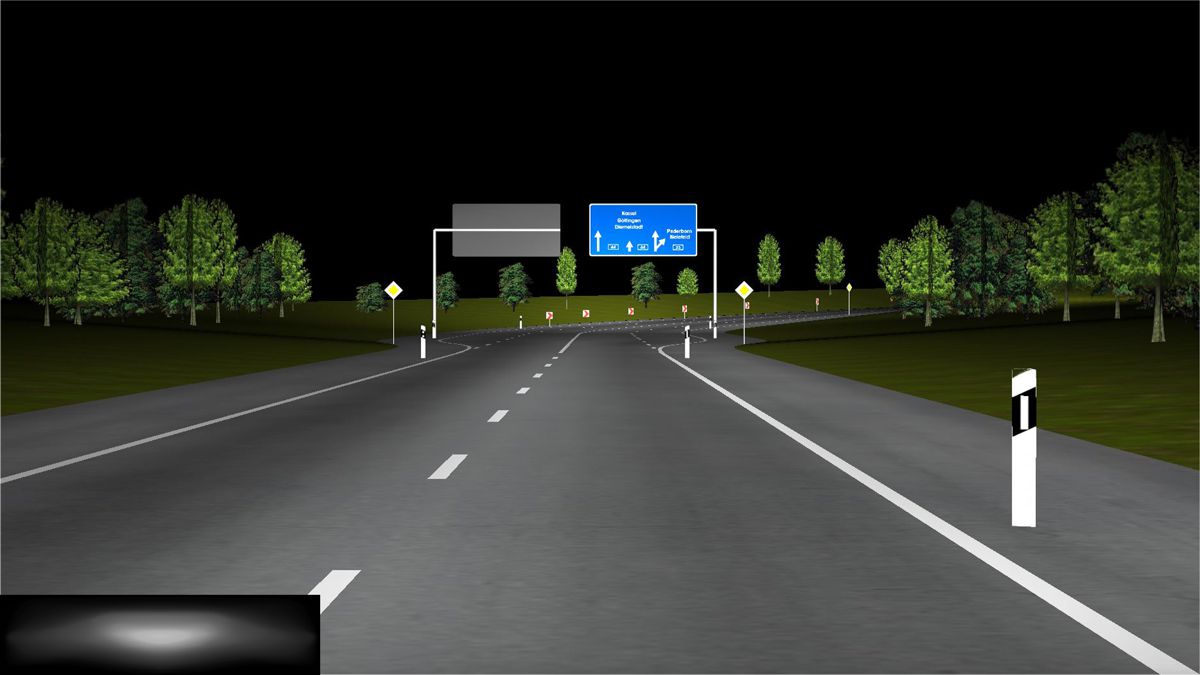 Optimised and new functions for greater safety and comfort

If the system does not detect any vehicles driving ahead or oncoming vehicles, and the automatic high beam is active, the HD matrix modules switch from dipped beam to high beam, and the auxiliary high beam of the upper bi-functional modules is automatically switched on. This ensures an increase in the beam length and increases the performance of the high beam. More than 600 metres if the road is illuminated.

If the camera detects a vehicle ahead or an oncoming vehicle, the auxiliary high beam is deactivated and the vehicle is selectively masked out by switching off the corresponding pixels of the HD matrix modules. The energy that this frees up is converted into additional, functional HD light. The full width of the available HD light is used to optimise the illumination of the non-dazzling high beam and to improve the driver’s visibility – without dazzling other drivers. When anti-dazzling is activated, the amount of light from the HD matrix module to the right and left of the anti-dazzling gap is doubled, resulting in significant brightening of the remaining high beam range. 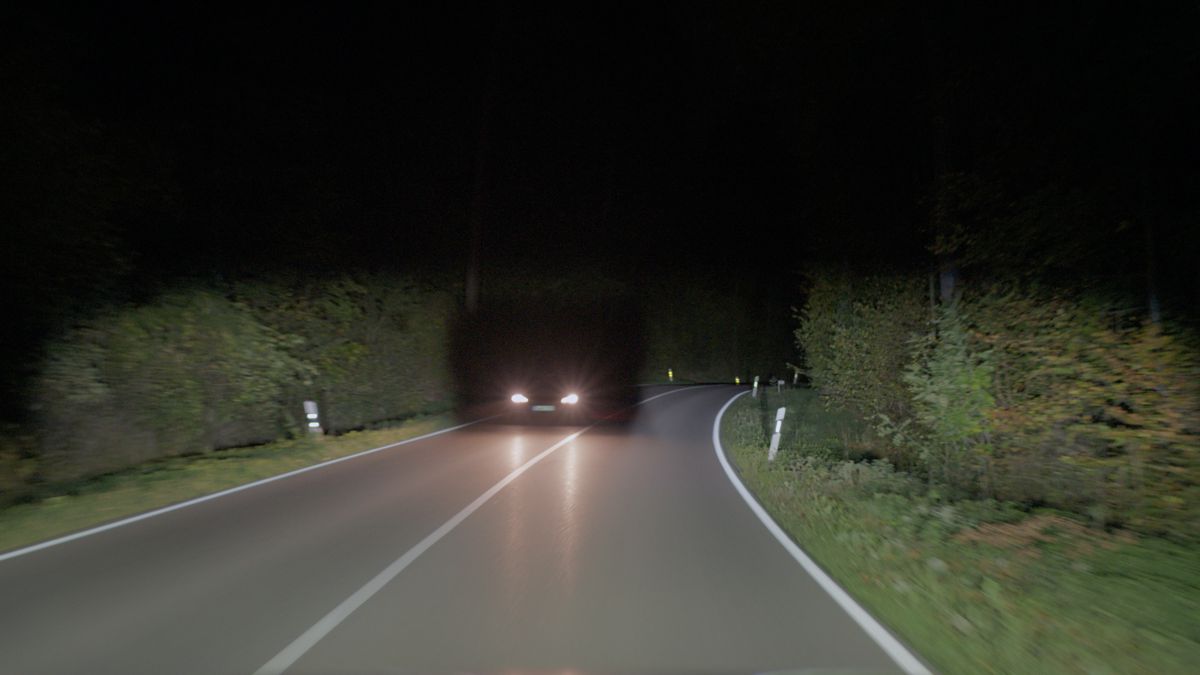 This function is used for better illumination of the vehicle’s own lane in the form of a light carpet. The lane between the road markings becomes significantly brighter. And this regardless of the vehicle’s position in the lane. Whether the vehicle is further to the right, further to the left or in the middle – the light carpet adheres to the road markings as if it were a magnet. The function is activated exclusively on motorways or comparable roads. It enables early detection of hazardous objects and reduces lane changes by other, less attentive drivers into the vehicle’s own lane. In the case of deliberate lane changes, the light carpet is briefly widened to cover both lanes when the marking is crossed, before subsequently illuminating only the new lane more brightly once the lane change is complete.

When construction zones or narrow areas are detected, the light carpet is automatically reduced to the same width as the vehicle, including mirrors, to brighten the lane and thus make it visible to the driver. This visual support enables drivers to better assess their position in the narrow lane as well as overtaking manoeuvres. Steering and speed corrections are demonstrably reduced, with lane keeping and road safety being enhanced as a result. 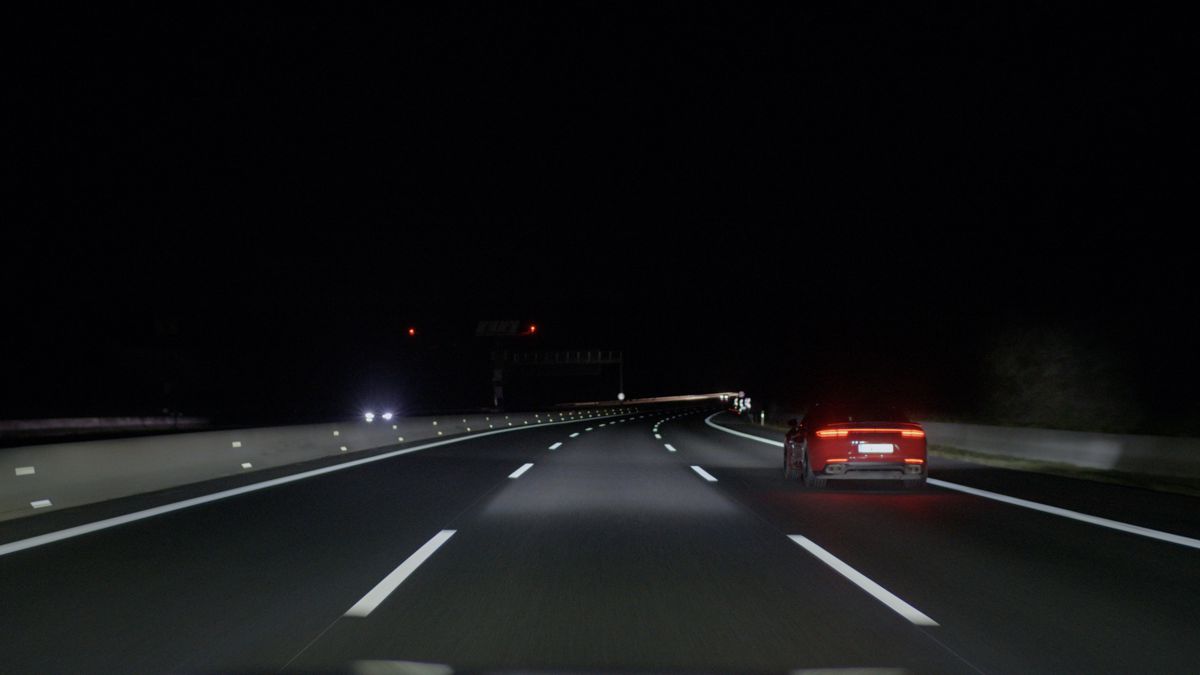 On motorways and comparable high-speed roads, the control system ensures the best possible illumination of the driver’s lane while also optimally adapting the light distribution to the conditions on the motorway. The illumination is cut off with a soft transition towards the median strip, which prevents drivers in the oncoming lane being dazzled.

Animation as greeting and send-off

The four-point headlights’ dipped beam, which is used to lock and unlock the vehicle, promotes visibility and security in front of and surrounding it. The vehicle sends the driver out with a subtle animation: the HD matrix modules create two headlight visuals with the brand’s signature four points that sweep horizontally over any walls or garage doors, for example, before turning on. When the driver’s door of the parked car is opened and it is unlocked, the light system then triggers the animation in reverse order. 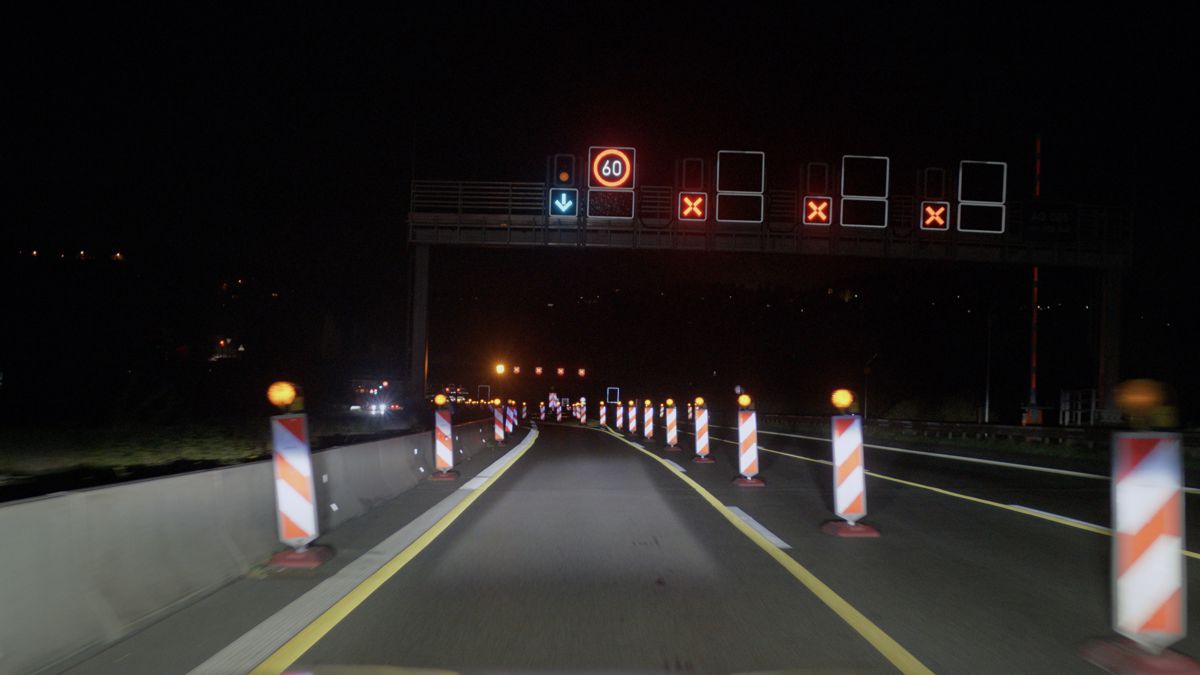 0 0 0
Previous : CEMEX invests in Waste to Energy Advanced Solutions
Next : Adding Dynamic to the 4 D’s of Robotisation in Construction