The 27th of October marked the 70th anniversary of the Unimog take-over by Daimler-Benz AG. This date thus marks the birth of the now legendary Mercedes-Benz Unimog, which has proven its strengths many hundreds of thousands of times.

Following the successful exhibition of the then revolutionary “Unimog” at the Deutschen Landwirtschaftsgesellschaft (DLG) show that was held in Frankfurt in the summer of 1950, it became clear to the managers at Göppingen-based Boehringer Bros. that it would only be possible to meet the extremely high demand for their Unimog with a vast amount of investment. Engine deliveries from Daimler-Benz were also not entirely guaranteed in view of the company’s own capacity requirements during the post-war economic boom.

If the engines were to be installed in any vehicles, then it was preferable to Daimler that they would land in their own vehicles. 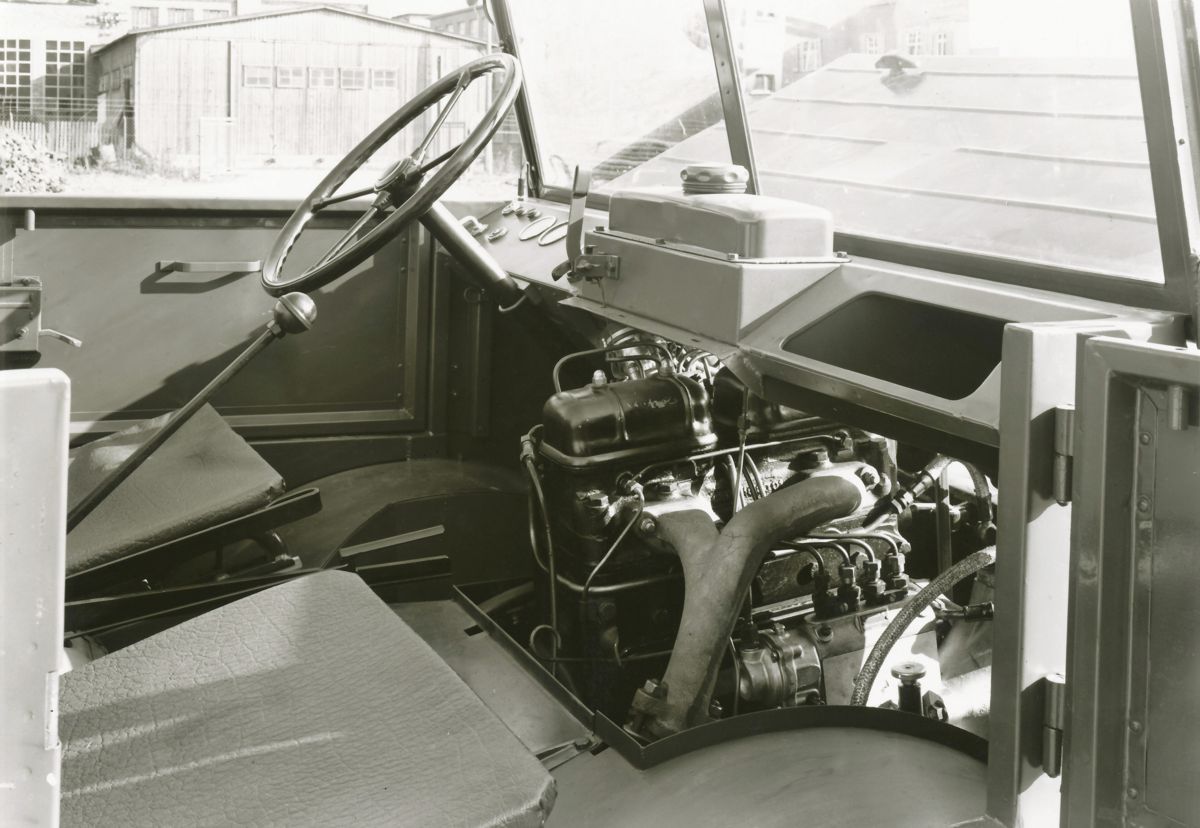 The engine in question was the OM 636 diesel engine developed for the Mercedes-Benz 170 D passenger car which was previously supplied to Boehringer for their Unimog 70200 models.

For the Unimog, the engine’s 38 hp were limited to 25 hp. This successful engine, the first diesel passenger car engine produced following the war, was installed as standard in passenger cars from 1949 to 1963, as well as in the Unimog. 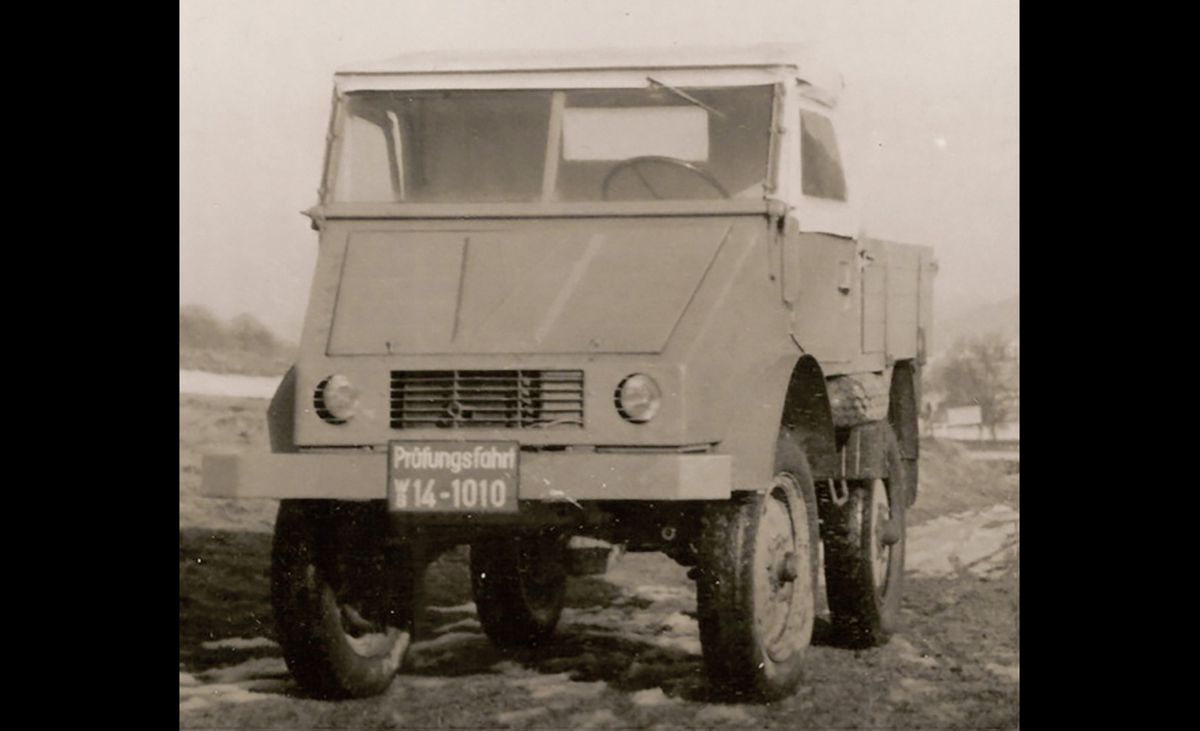 During these talks, Daimler-Benz made a written declaration of the intention to take over the Unimog with all rights and obligations. The negotiations were concluded on 27 October 1950.

Within the Stuttgart-based automotive group, all the prerequisites for successful technical development were in place, and a worldwide sales network was also established.

Well over 380,000 units of the Unimog have been sold to date and serve to underline its unique position in the international commercial vehicles business. 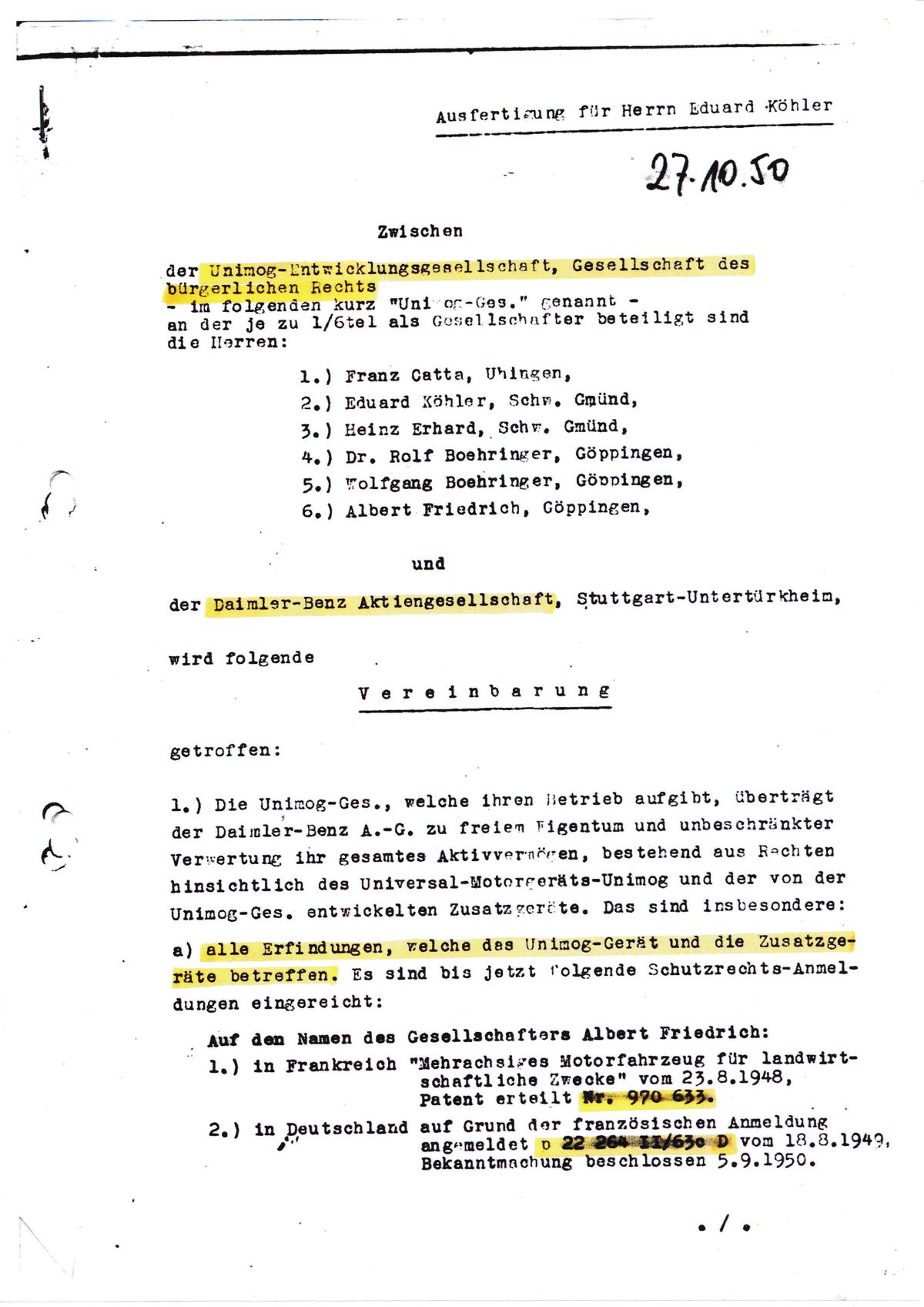 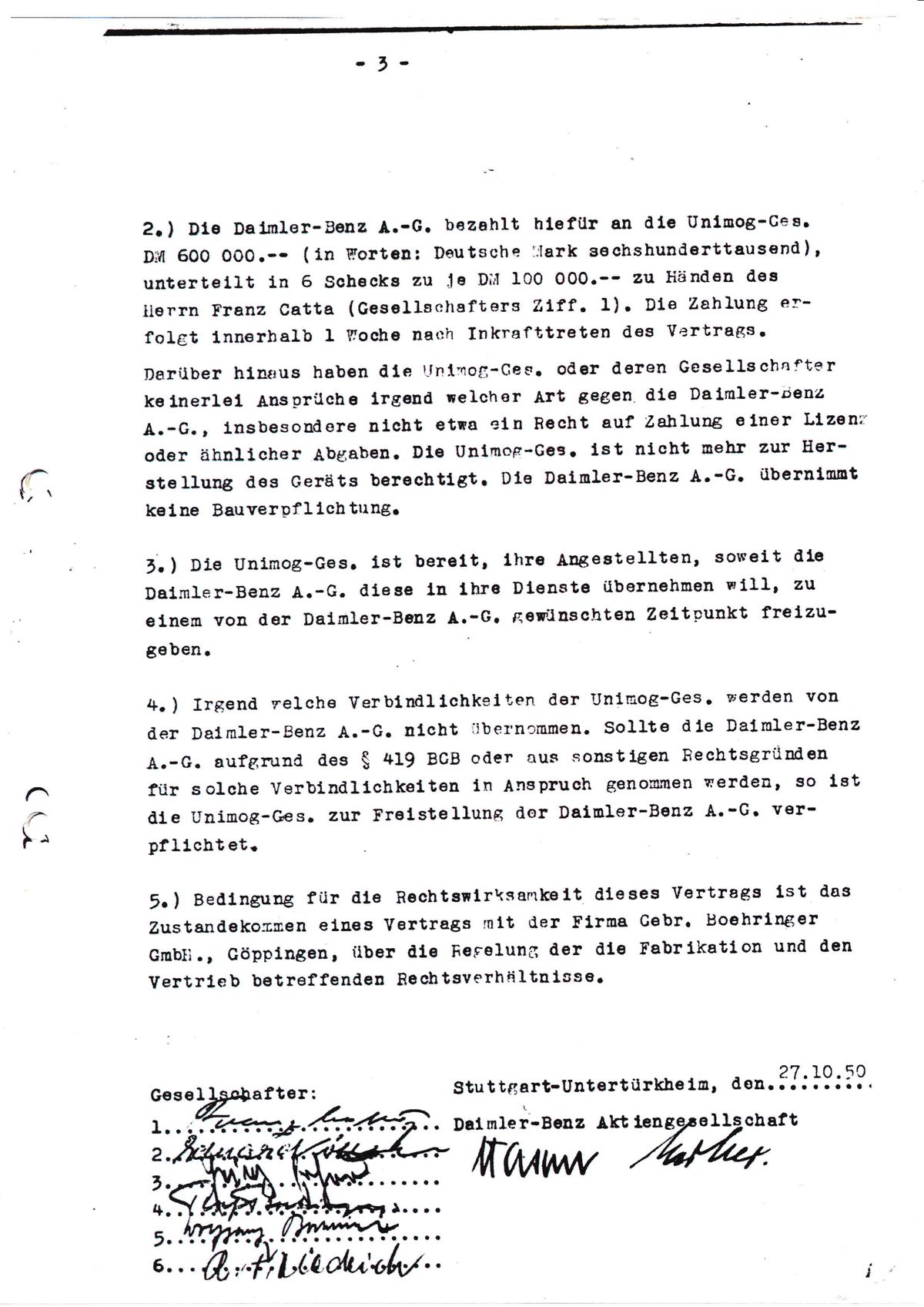