Volvo Cars engineers call it “the ultimate driving simulator”, but it is not just an excuse for them to indulge their inner basement gamer. Instead, the Swedish company’s ground-breaking mixed-reality simulator is used to make new strides in safety and autonomous driving technology.

A setup with a moving driver’s seat, a steering wheel with haptic feedback and a crystal-clear virtual-reality headset would make any serious gamer jealous, but Volvo Cars’ simulator takes this concept to the next level, making it hard to tell reality from simulation. Which is exactly the point. 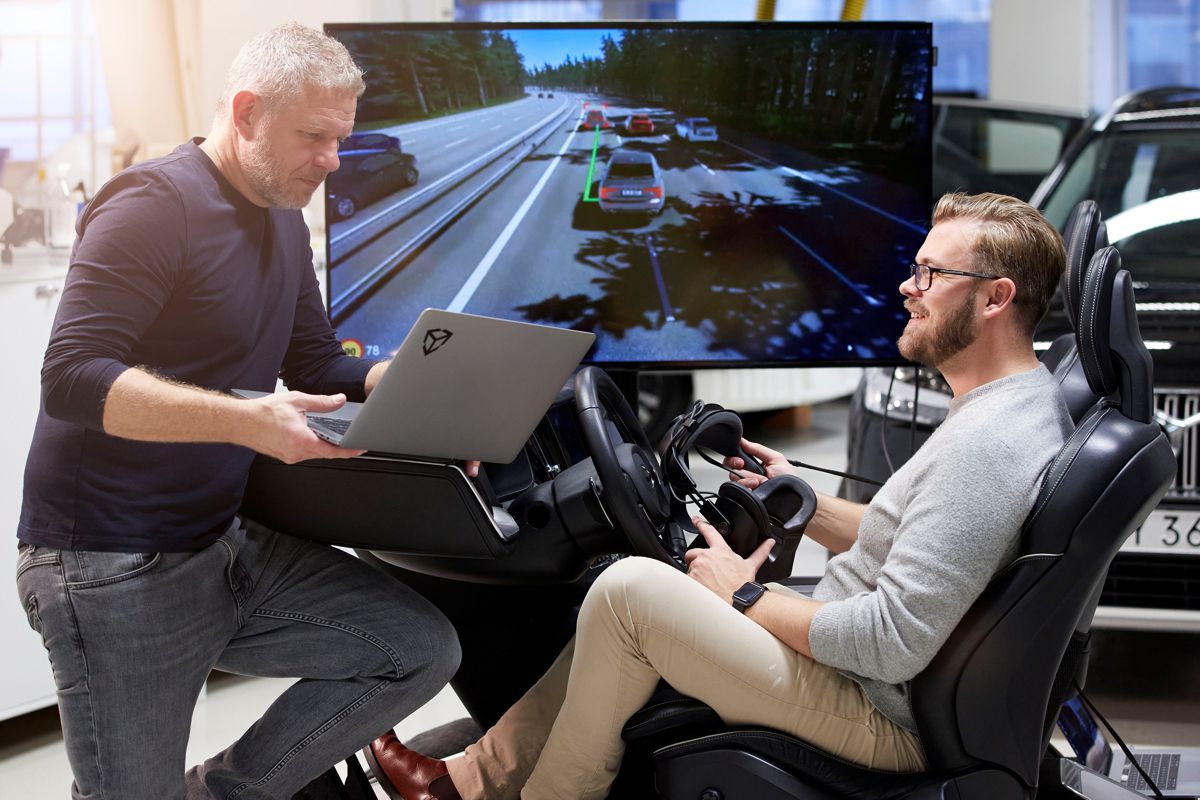 This combination of software and hardware allows Volvo Cars engineers to endlessly simulate traffic scenarios on a real test track road while using a real car, all in total safety. Engineers can gain important insights on the interaction between people and the car for development of new safety, driver-assistance and autonomous driving features.

Testers can be exposed to imagined active safety and driver-assistance features, upcoming autonomous drive user interfaces, future car models and many other scenarios. It can be used on real test track roads or in the test lab, and every scenario is fully customisable. The possibilities are literally endless.

Volvo Cars’ “ultimate simulator” was demonstrated yesterday in an event livestreamed from Volvo’s Open Innovation Arena and hosted by a team of its innovation experts. You can watch the event on demand here. 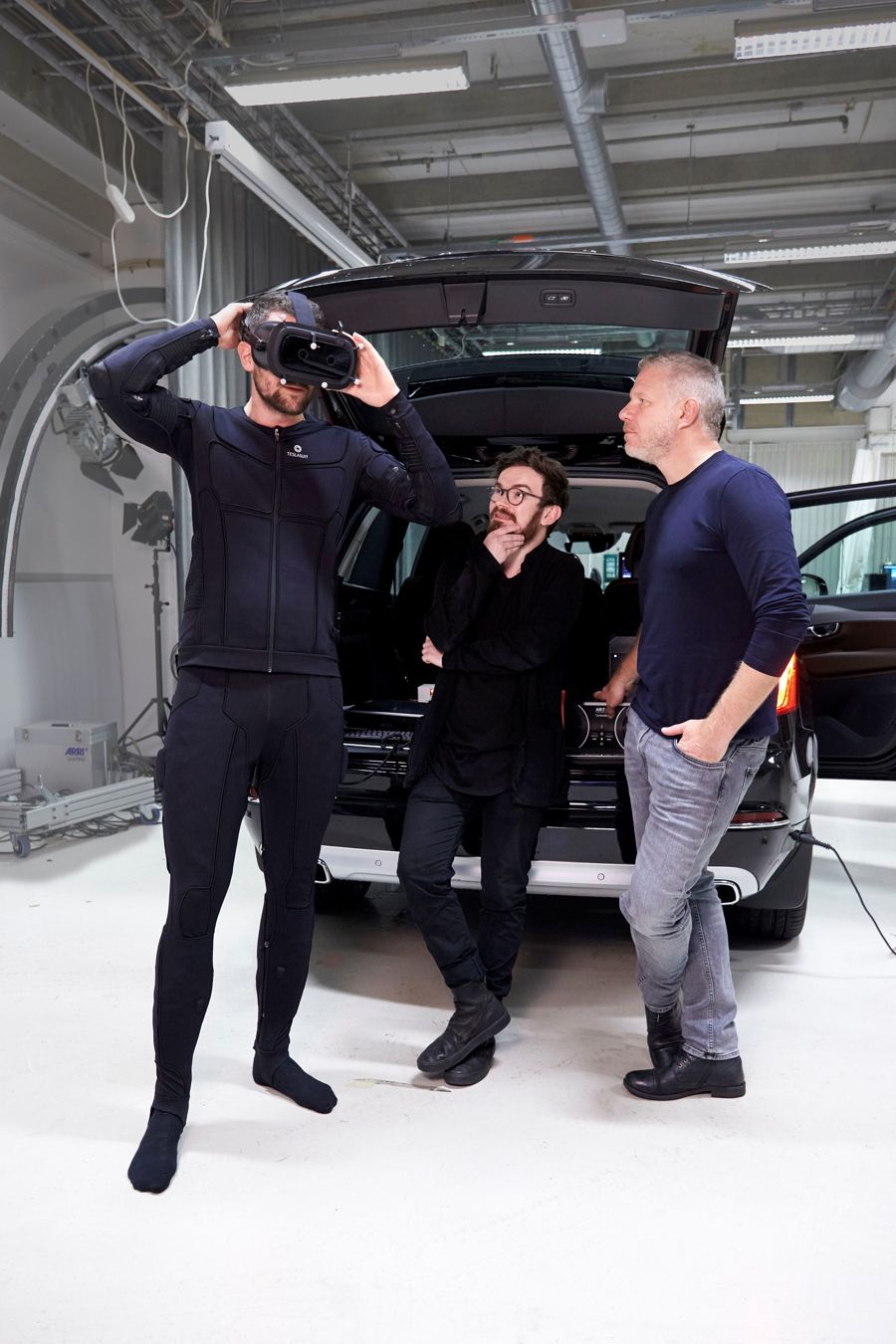 Last year, together with Varjo, Volvo Cars became the first car maker to make it possible to drive a real car while wearing a mixed-reality headset. Now, that collaboration has been expanded to include Unity and full-body haptic suit maker Teslasuit.

According to Casper Wickman, Senior Leader of User Experience at Volvo’s Open Innovation Arena, and one of the hosts of the livestream, this enables Volvo Cars to study authentic human reactions in a safe environment and at a fraction of the cost of a real test. 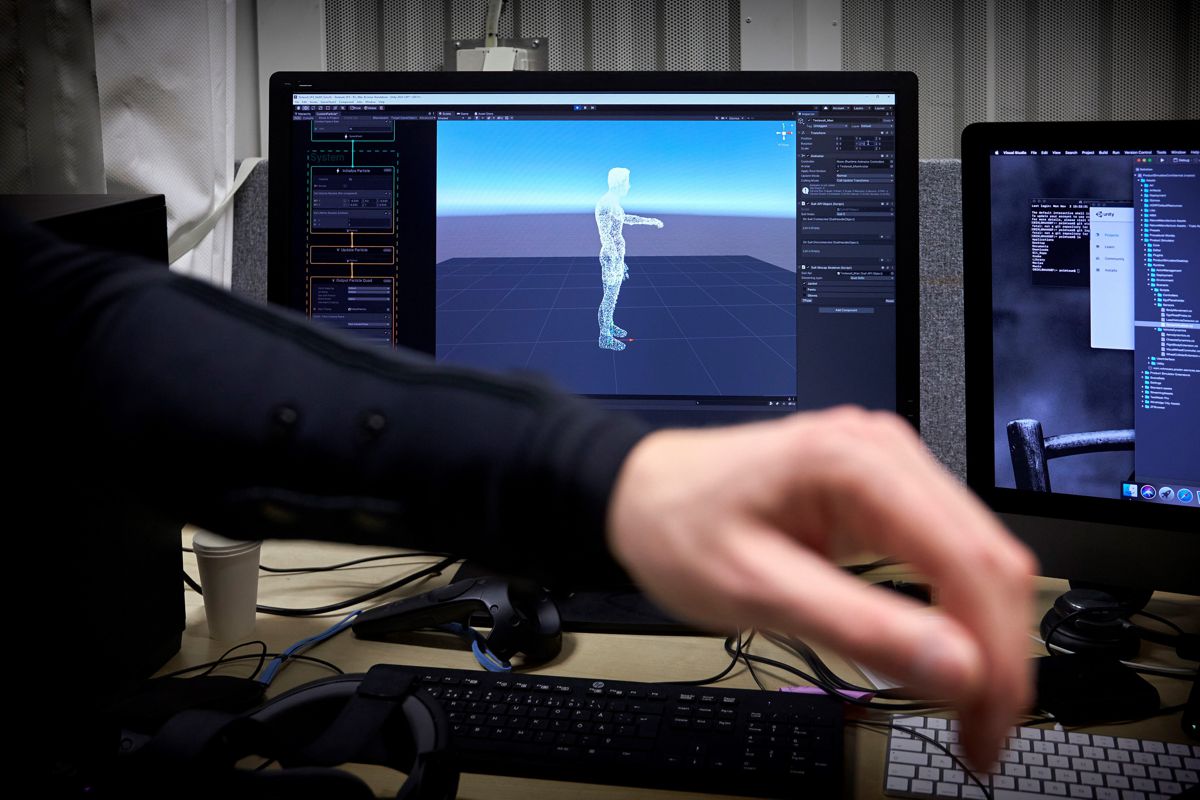 When developing safety systems for cars, such as collision-avoiding technologies, testing is crucial. But testing these systems in reality can be dangerous, time-consuming and expensive. Virtual and mixed-reality simulations, however, allow for perfectly safe testing in authentic environments, without having to build any physical prototypes or set up complex scenarios.

“By using this cutting-edge technology, we are exploring and leading the development for creating safe cars in the future. It’s great to play a part in that,” said Casper Wickman.

Watch the full livestream recording here and download the summary video of the event here. 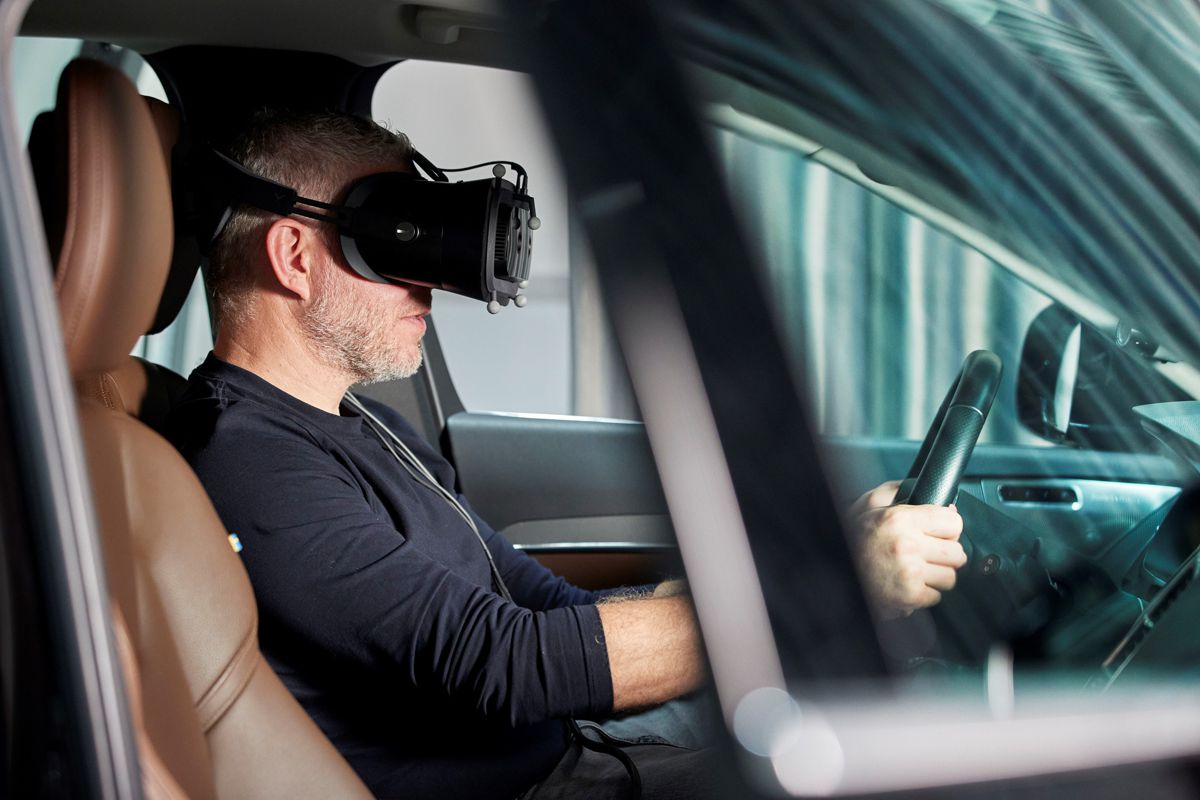 Last year, Volvo Cars, together with Varjo, became the first car maker to make it possible to drive a real car while wearing a mixed-reality headset. The Varjo XR-1 Developer Edition headset uses video cameras to enable mixed reality and provides mixed or virtual reality at a high-definition resolution.

With the Varjo XR-1 headset, the objects and environments created in Unity can be seamlessly integrated into the real world. 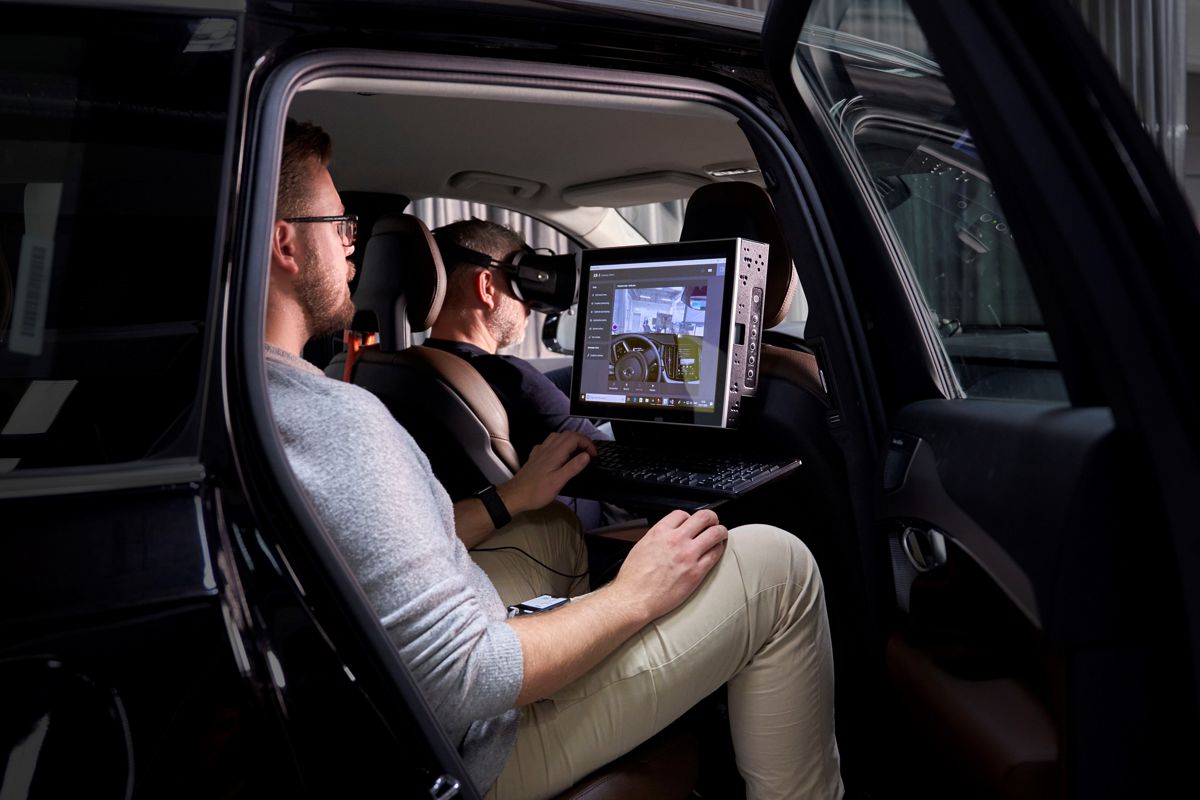 Through the application of forces, vibrations or motions, haptic technology makes it possible to recreate the experience of touch when interacting with the virtual world. By wearing Teslasuit’s advanced full-body haptic suit, Volvo’s simulation testers can physically feel small reproductions of the forces one would experience in a crash, while experiencing no actual risk.

The suit also enables Volvo engineers to test these reactions by studying how muscles, stress levels and heart rate react under stress, and apply this learning in creating the next generation of safety systems aimed at avoiding and mitigating risky situations. 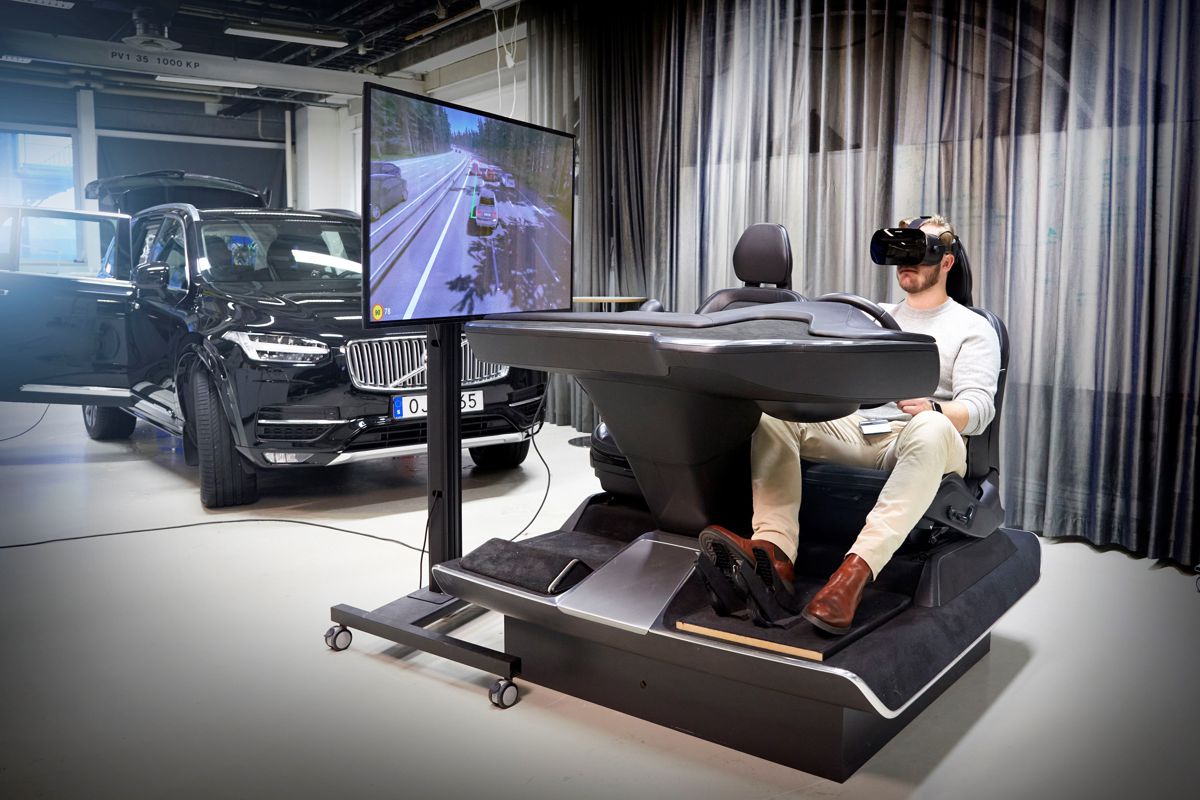 The simulation scenarios are created using the latest real-time 3D software from Unity, the company behind one of the world’s most popular development platforms for video game development. 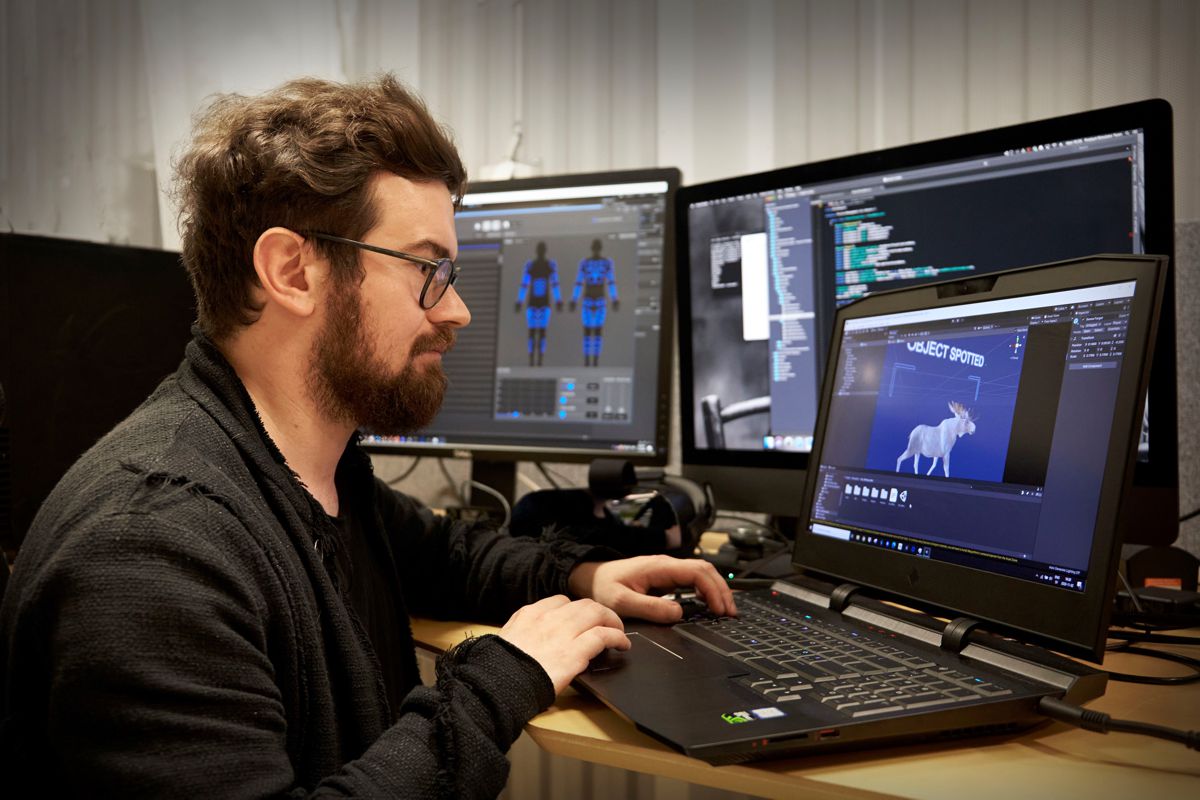