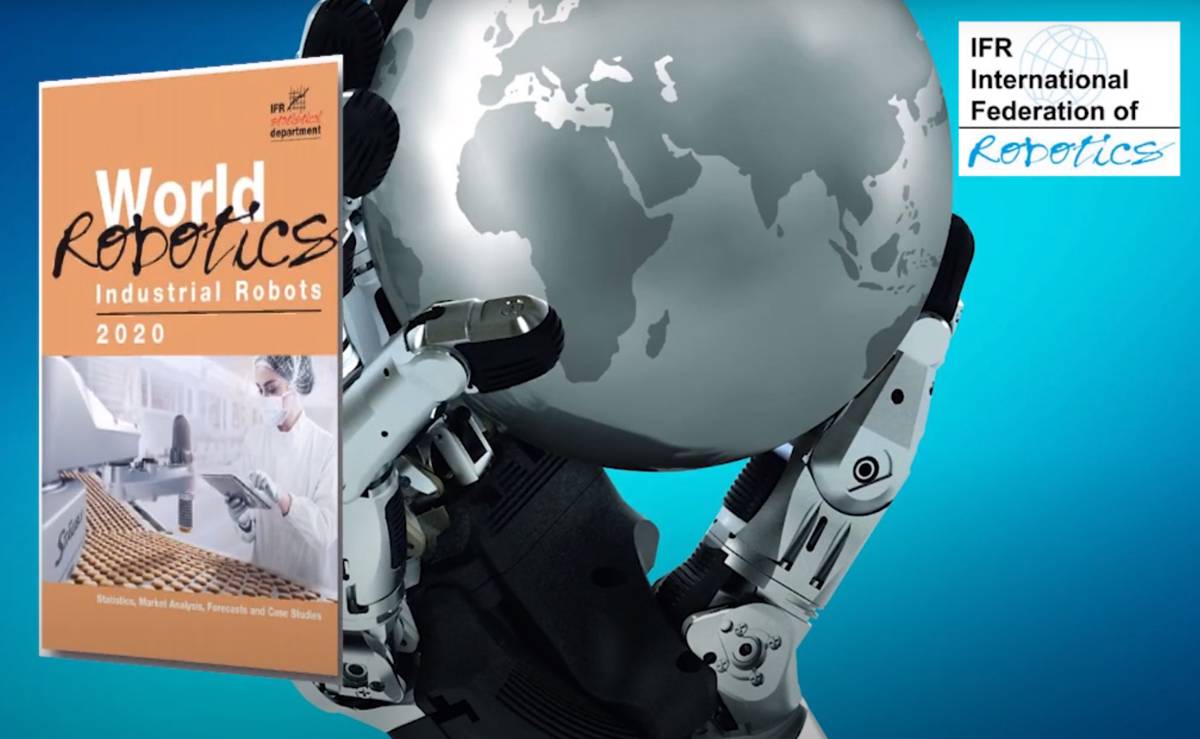 The average robot density in the manufacturing industry hit a new global record of 113 units per 10,000 employees.

The world´s top 10 most automated countries according to the latest World Robotics statistics, issued by the International Federation of Robotics (IFR) are: 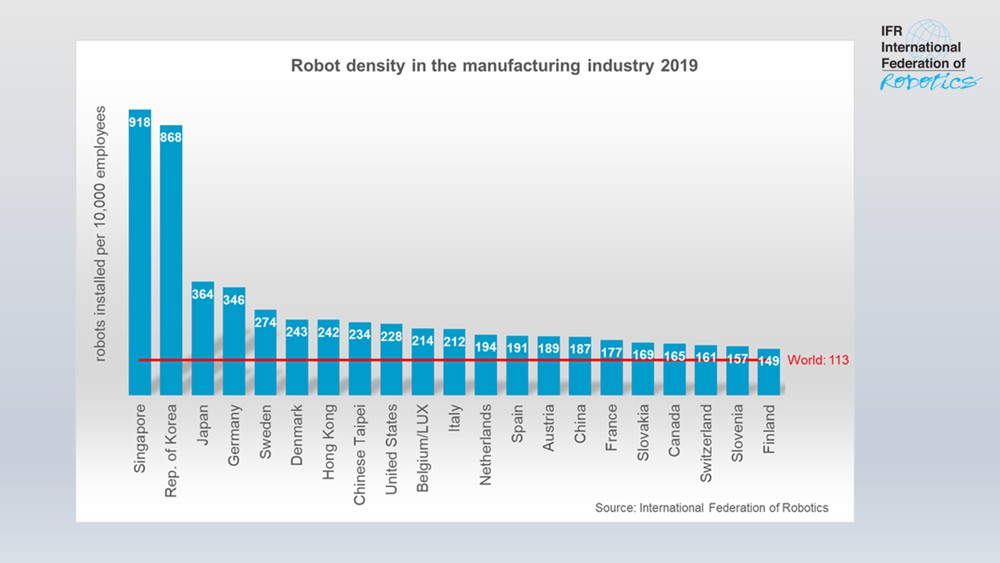 “Robot density is the number of operational industrial robots relative to the number of workers,” says Milton Guerry, President of the International Federation of Robotics. “This level measurement allows comparisons of countries with different economic sizes in the dynamic automation race over time.”

The country with the highest robot density by far remains Singapore with 918 units per 10,000 employees in 2019. The electronics industry, especially semiconductors and computer peripherals, is the primary customer of industrial robots in Singapore with shares of 75% of the total operational stock.

South Korea comes second with 868 units per 10,000 employees in 2019. Korea is a market leader in LCD and memory chip manufacturing with companies such as Samsung and LG on top and also a major production site for motor vehicles and the manufacturing of batteries for electric cars.

Japan (364 robots per 10,000 employees) and Germany (346 units), rank third and fourth respectively. Japan is the world´s predominant robot manufacturing country – where even robots assemble robots: 47% of the global robot production are made in Nippon.

The electrical and electronics industry has a share of 34%, the automotive industry 32%, and the metal and machinery industry 13% of the operational stock. Germany is by far the largest robot market in Europe with 38% of Europe’s industrial robots operating in factories here. Robot density in the German automotive industry is among the highest in the world. Employment in this sector rose continuously from 720,000 people in 2010 to almost 850,000 people in 2019.

Sweden remains in 5th position with a robot density of 274 units operating with a share of 35% in the metal industry and another 35% in the automotive industry.

Robot density in the United States increased to 228 robots per 10,000 employees. In 2019, the US car market was again the second largest car market in the world, following China, with the second largest production volume of cars and light vehicles. Both USA and China are considered highly competitive markets for car manufacturers worldwide.