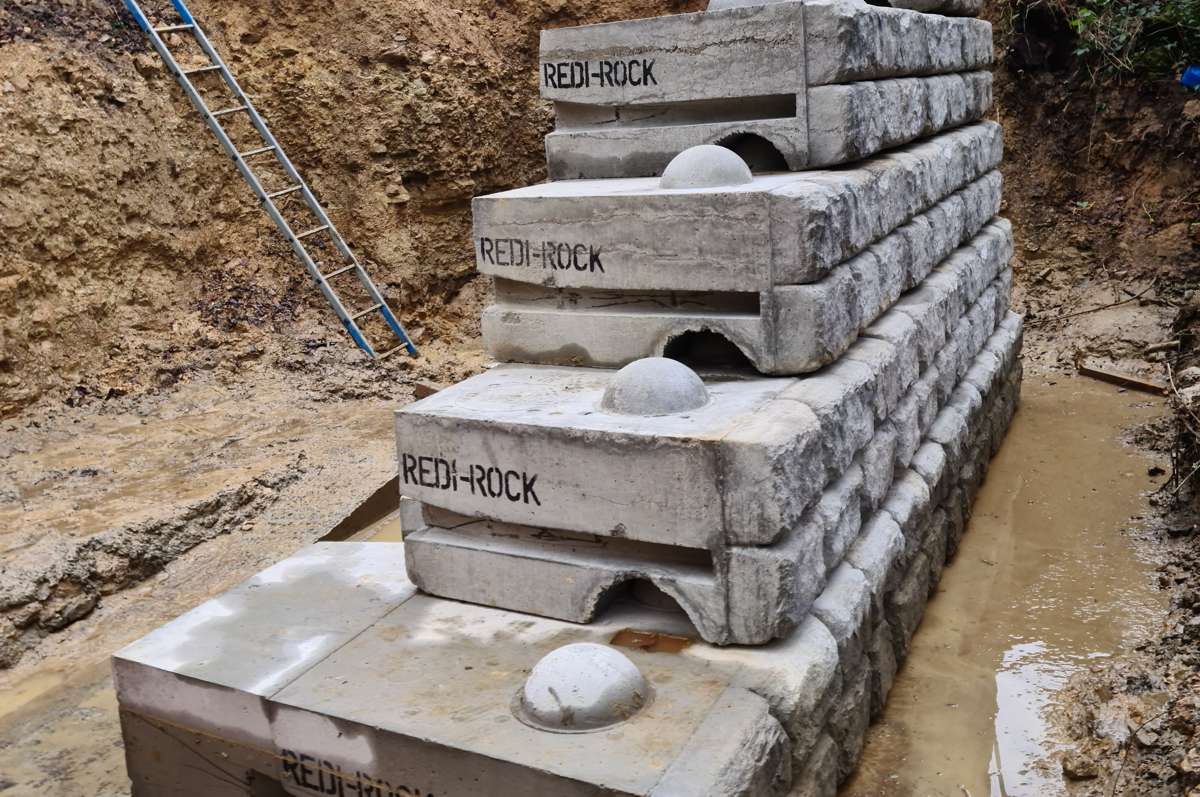 Redi-Rock, the modular retaining wall system from Marshalls Civils & Drainage, is a first for the Thorne Group and East Sussex Highways.

Work is drawing to a close on a particularly challenging installation for East Sussex Highways of a Redi-Rock modular retaining wall from Marshalls Civils & Drainage.

Redi-Rock is being used by civil engineers the Thorne Group to reconstruct a failed retaining wall that runs for 125 metres alongside a watercourse in woodland on Tidebrook Road, just outside the market town of Wadhurst.

The Thorne Group and East Sussex Highways had to cut their Redi-Rock teeth on a particularly challenging project as there was so little room either side of the single carriageway, the new gravity wall had to be installed from the side, rather than from either face (front or back) as usual.

This meant that whereas Redi-Rock is usually laid quickly at the rate of 100 per day of the one-tonne interlocking solid concrete blocks, at Tidebrook the 572 units are taking up to five times longer to stack up to 2.7m high. But the project is still due to complete late in April after five months.

Thorne Group site engineer Beth Middleton said: “Due to the constraints on site we had to lay the blocks side on, and as we had never laid them before it was quite challenging. However, Steve Callow, Marshalls’ specification sales manager, south, visited the site early on and was able to answer all the questions we had and assure us we were laying the blocks to the specification. On a job where there is more space to the front and back of the wall, we would use these blocks again as once we got into the swing of laying them, they went down fairly quickly and easily.”

During the reconstruction, Tidebrook Road has been closed to through traffic 24 hours a day while water main and overhead cables were also diverted. The Thorne Group has utilised a layby to the south of the works for their compound and storage of the Redi-Rock blocks which measure 1041 deep x 1168 wide x 457 high. They were lifted into place by an excavator using the block’s integral lifting points. 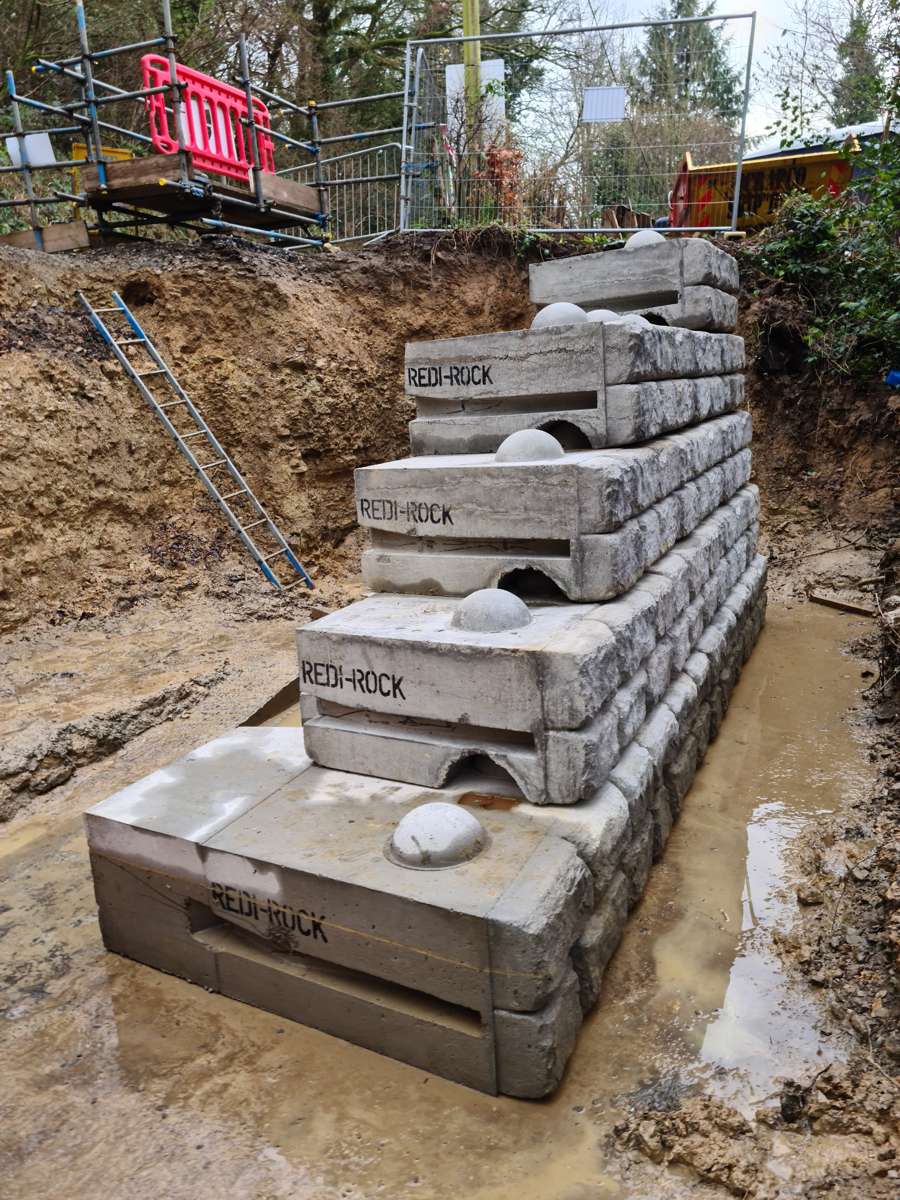 Philip Handrihan, project manager (structures) for East Sussex Highways, said: “Never having used this product, there was a bit of a learning curve. The restricted working width of approximately 3m was definitely the most challenging element of the scheme but once CJ Thorne got into a routine of installation, the Redi-Rock blocks were a straightforward product to use, and with a 120-year design life, it will be a solution that will last for a long time.

“The choice of product was between a standard reinforced concrete wall and the Redi-Rock. Long term, as the Redi-Rock blocks are all mass concrete, there should be no problems of reinforcement corroding and less chance of the concrete spalling. We would use it again, in a location where we had a bit more working space.”

Steve Callow added: “The narrowness of the working area at Tidebrook was unique but Redi-Rock is a smart product which can be back filled so you don’t need to take extra land for the installation.”