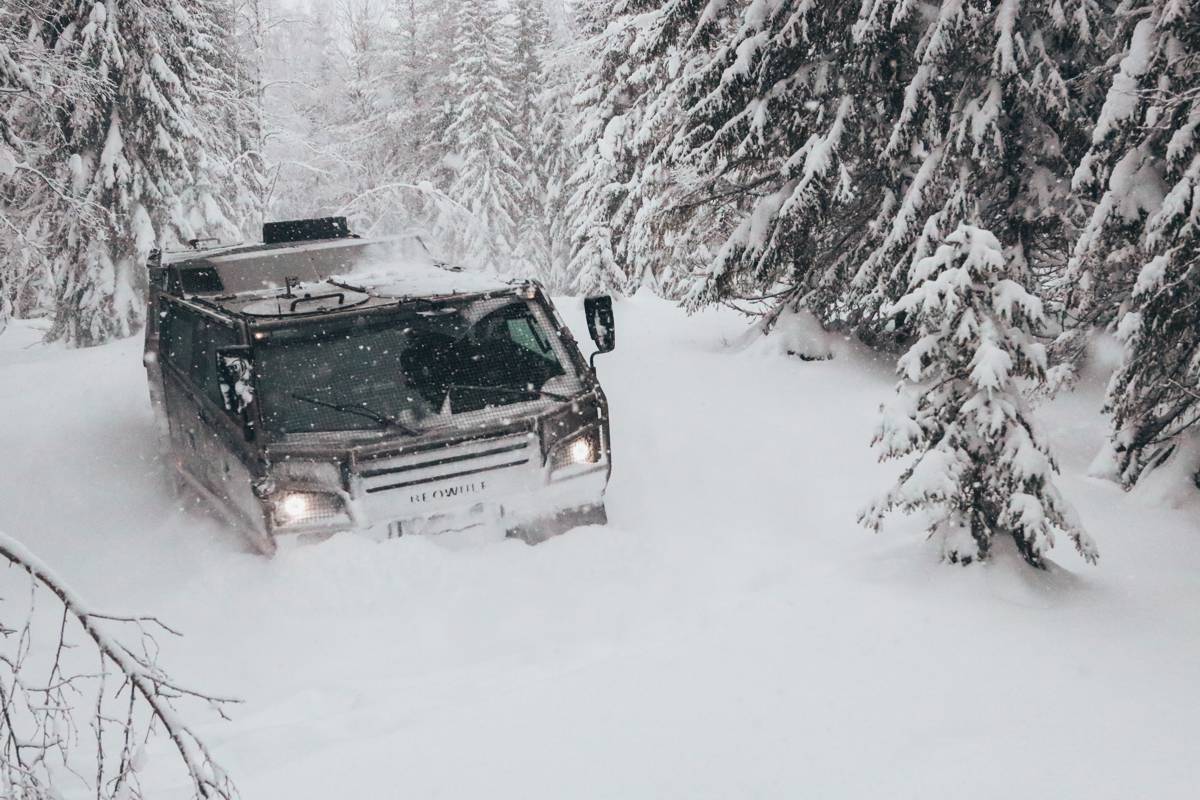 The win further confirms BAE Systems as the industry leader in the design and production of military all-terrain vehicles for operations in harsh terrains and in the toughest weather conditions.

Beowulf is an unarmoured, tracked, and highly versatile vehicle for carrying personnel and a variety of payloads in either of its two compartments. Beowulf can traverse snow, ice, rock, sand, mud, and swamp conditions, and can operate in steep mountain environments. Its amphibious feature also allows it to swim in flooded areas or coastal waters. This marks the first sale of Beowulf, which is based on its sister BvS10 armoured variant in service with several European nations.

As the focus on Arctic Mobility operations grows, we see increasing opportunities in other markets for the BvS10 and Beowulf with an emerging demand to replace legacy BV206s.

“Beowulf is a highly capable solution to meet the US Army’s requirement for Arctic operations. We look forward to providing our soldiers operating in challenging terrain and environments with this highly capable vehicle,” said Mark Signorelli, vice president of business development at BAE Systems Platforms & Services. “We have been maturing and modernizing cold weather all-terrain capabilities for decades, bringing advanced capabilities to the United States and numerous other countries. This contract means we will continue to do so for many years to come.”

Beowulf’s articulated mobility system is key to its effectiveness, providing optimal manoeuvrability across varying surfaces. Its modular design can be reconfigured for multiple missions, such as logistical support, disaster and humanitarian relief, search and rescue, and other missions as required.

Its large windows and spacious cabin make Beowulf suitable to the tasks for the CATV program, including search and rescue, defence support to civilian authorities, and homeland defence. Its modern, commercial design ensures soldiers’ operational effectiveness in executing a wide variety of difficult missions.

Beowulf successfully completed the prototype evaluation phase of the CATV program earlier this year in Alaska. It performed in multiple tasks while remaining fully mission capable. The testing included amphibious operations, navigating terrain with varying levels of complexity, starting and operating in extreme cold weather, and most critically, user assessment by soldiers.

Beowulf is built by BAE Systems Hägglunds in northern Sweden, adding first-hand experience in operating in an arctic environment. The platform includes several key components from U.S. suppliers, such as its engine, transmission, and hydraulic system. The CATV program will replace the legacy fleet of Small Unit Support Vehicles (SUSVs), also built by BAE Systems Hägglunds, and known internationally as the BV206. The BV206 has been in service globally, including with the U.S. Armed Forces, since the early 1980s.

0 0 0
Previous : Australian study explores architectural use for end-of-life tyres
Next : New generation of VÖGELE Road Pavers to be presented at bauma 2022