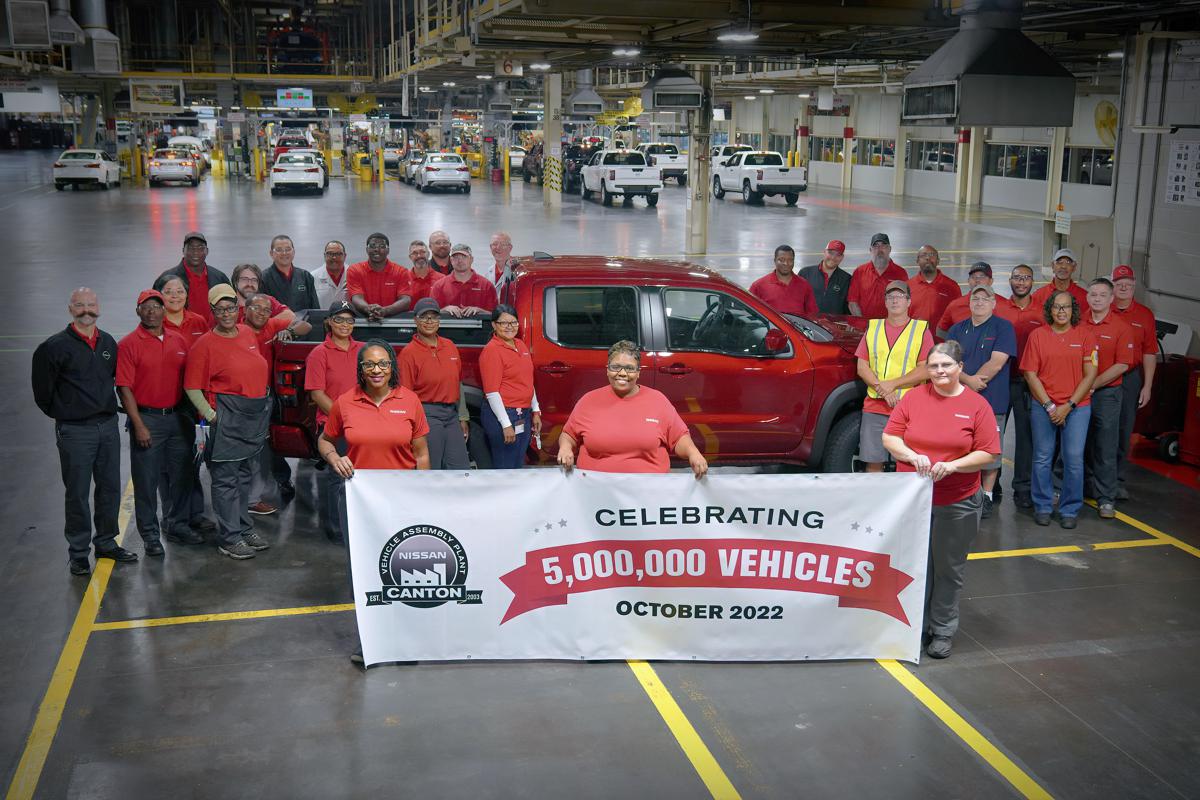 For nearly two decades, employees at Nissan Canton have assembled high-quality, award-winning vehicles. The plant’s opening in 2003 brought automotive manufacturing to Mississippi for the first time and has since contributed to the state’s economic development.

While its history is rich, the team looks toward future transformation – one that will bring two all-new, all-electric models to the U.S. market.

“This week, the Canton team celebrated a major milestone for our plant, demonstrating how far we’ve come since establishing vehicle manufacturing in Mississippi,” said David Sliger, vice president, Manufacturing, Canton Vehicle Assembly Plant. “The power of Nissan Canton is rooted in its employees, who will take us to new heights – continuing to drive the EV revolution for our company.”

The plant has become a central institution in Mississippi, creating more than 25,000 jobs state-wide, contributing more than $20 million to local non-profit organizations and logging 12,000 volunteer hours to build stronger communities.

In the U.S., Nissan’s manufacturing footprint spans the country with nearly 15,000 employees, more than 400 parts and supplier partners and 11 parts distribution centres. Collectively, the team has produced more than 19 million vehicles and 13 million engines.