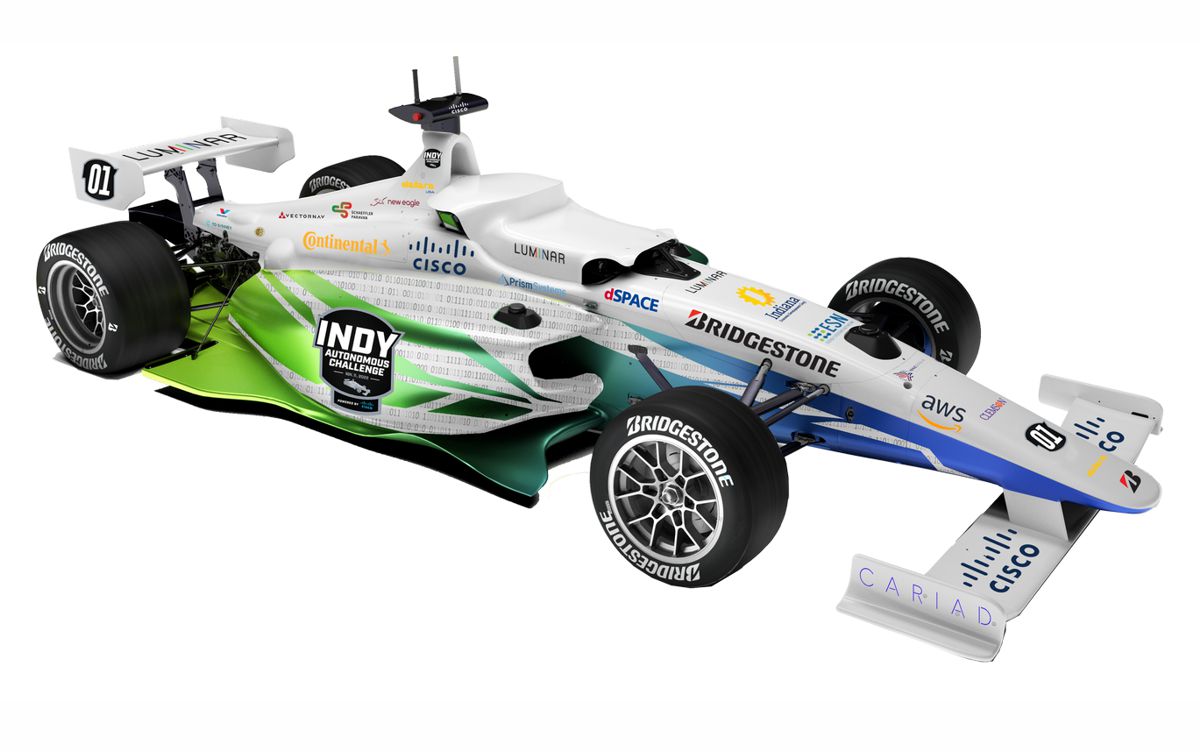 The IAC is a broadly collaborative effort that brings together public-private partnerships and academic institutions to challenge university students to imagine, invent and prove a new generation of automated vehicle software to run fully autonomous racecars. The company will supply the IAC with its ARS540 4D imaging radar sensors for integration in the world’s fastest autonomous racecars, the Dallara AV-21, which enable highly automated driving.

“Our 4D imaging radar is a product technology benchmark that offers customers, and now IAC operators, the best performance to achieve their automated driving functions,” said Vinh Tran, head of the Autonomous Mobility Business Area, Continental North America. “Continental’s 4D radar sensors act as the eyes and ears of the IAC racecars and are a perfect fit for high-speed autonomous performance.”

The 4D imaging radars determine an object’s location in range, azimuth, elevation, and relative speed to provide detailed information about the driving environment not achieved by earlier automotive systems which only captured speed and azimuth. Continental launched its 4D imaging radar in 2021 and has brought, in total, more than 150 million sensors and 2.4 million assisted and automated driving control units onto the road for future autonomous mobility.

The IAC is working to accelerate the pace of innovation for high-speed automation, with a goal to attract the best and brightest minds in the workforce, serving as a platform for students around the world to excel in Science, Technology, Engineering, and Mathematics (STEM) and inspire the next generation of innovators. Collaborating with partners like Continental, the IAC aims to increase safety and performance in not only motorsports, but across all modes of commercial transportation.

“Continental has its sights set on the future of mobility, and that includes those who create new automotive technologies,” Tran said. “We are proud to sponsor not just the IAC but to support the many students who are achieving autonomous mobility.”

“Partnerships like the one we have with Continental allow us to push the limits for the entire autonomous community,” said Paul Mitchell, president, Indy Autonomous Challenge. “Our teams are working to solve real-world problems and they need state-of-the-art technology like Continental’s 4D radar to help them reach the next level of autonomous achievement and speed the commercialization of fully autonomous vehicles and deployments of advanced driver-assistance systems (ADAS) across the board.”

The next IAC competition, the Autonomous Challenge at CES, will take place on Jan. 7 during CES 2023 at the Las Vegas Motor Speedway. Additionally, the IAC will be in booth #3601 at CES 2023 in West Hall of the Las Vegas Convention Center.

0 0 0
Previous : Oil and Bitumen Highlights: Geopolitical Risks adds Up to Energy Crisis
Next : The Toughest Material on Earth