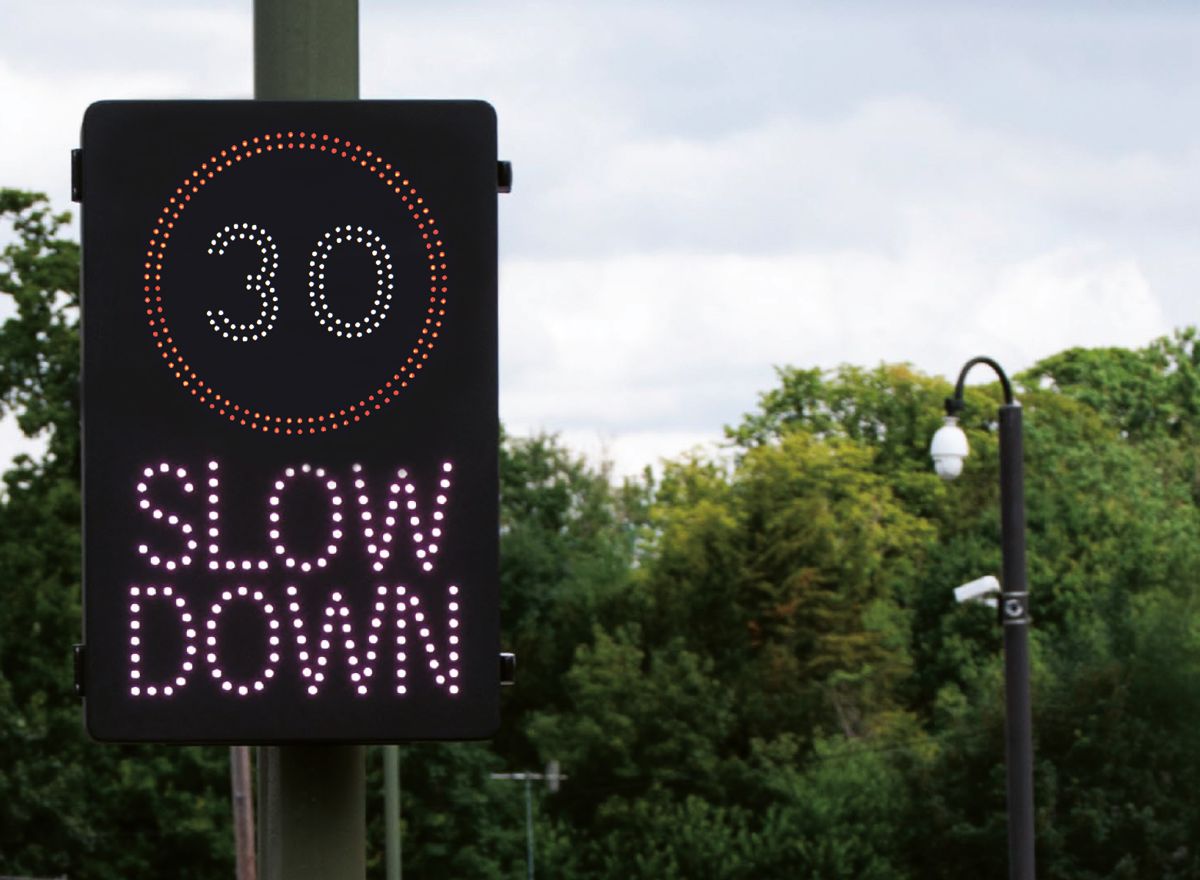 The benefits of TSRGD Complaint signage

The benefits of TSRGD Complaint signage

Danny Adamson, Managing Director at Messagemaker Displays Ltd. has shared his insights on the importance of specifying only TSRGD compliant LED signage for public highways.

Published by the Department for Transport in 2016, Traffic Signs Regulations and General Directions (TSRGD) are the latest regulations that outline the design and condition of use for traffic signs to be lawfully placed on or near public roads in Great Britain. A radical overhaul from the previous legislations, this TSRGD guidance was put in place to provide greater consistency on the design and placement of permanent public road signs, in order to deliver more effective and clear signage.

The TSRGD 2016 guidance stipulates that for LED signage to be compliant for public highways, it is crucial that the font must be consistent with those stated in Schedule 17 of its regulations, while the roundel size must also be at least 300mm. Furthermore, for a sign to be considered as permanent, it must be either fixed to the ground or powered via a mains supply. 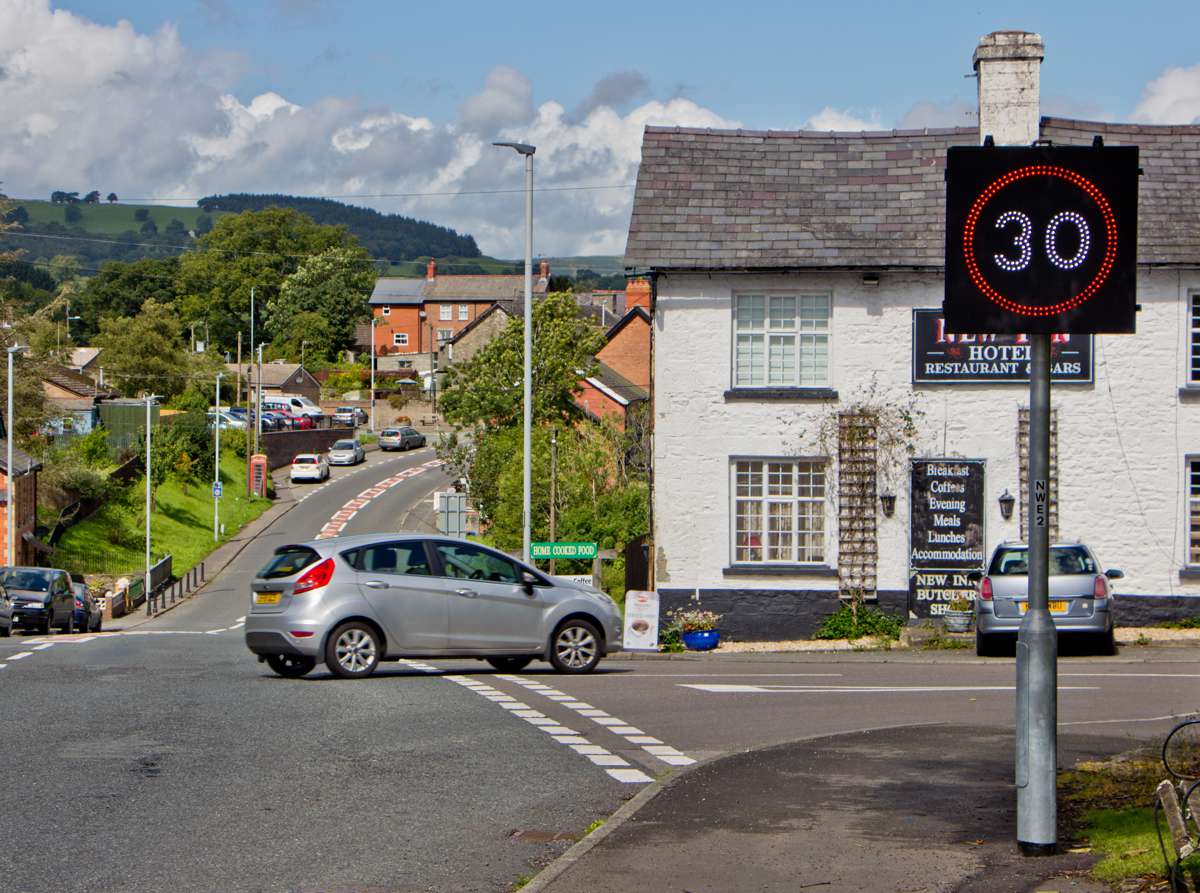 There are a wide range of signage options currently available on the market, including a significant number of non-compliant products. These can be used on private roads or for temporary purposes, where TSRGD compliance is not required. However, they can also be easily and incorrectly specified for permanent use on public roads, so it is important to understand the difference. 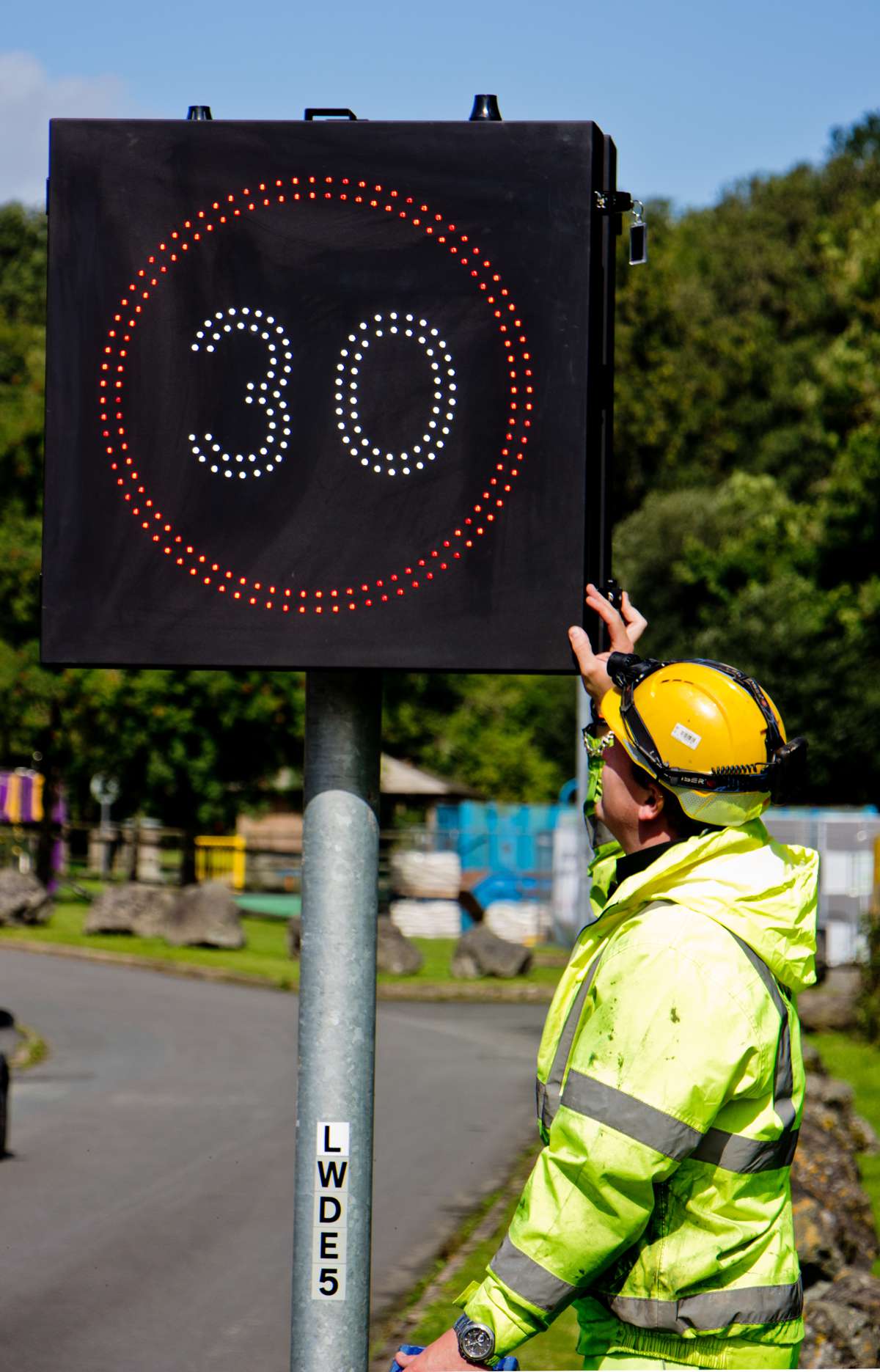 In fact, there are authorities such as the Association for Road Traffic Safety and Management (ARTSM) who are dedicated to making TSRGD compliance a legal requirement for all signage on public roads. Working closely with the Department for Transport, the ARTSM has five specialist working groups that publish their own guidance notes to help specifiers understand the complexities of European Standards to ensure they are receiving the correct products for their needs.

Should the widespread installation of non-TSRGD compliant LED or non-LED signage continue, a change in the law would also lead to large-scale costs and efforts to replace non-compliant signage to meet the new regulations. Therefore, ensuring compliant solutions are in place sooner rather than later is advisable. Not only will this help to spread costs over time, but it will also ensure consistency of road signage and aid clarity of messaging for road users – which is the TSRGD’s ultimate goal. 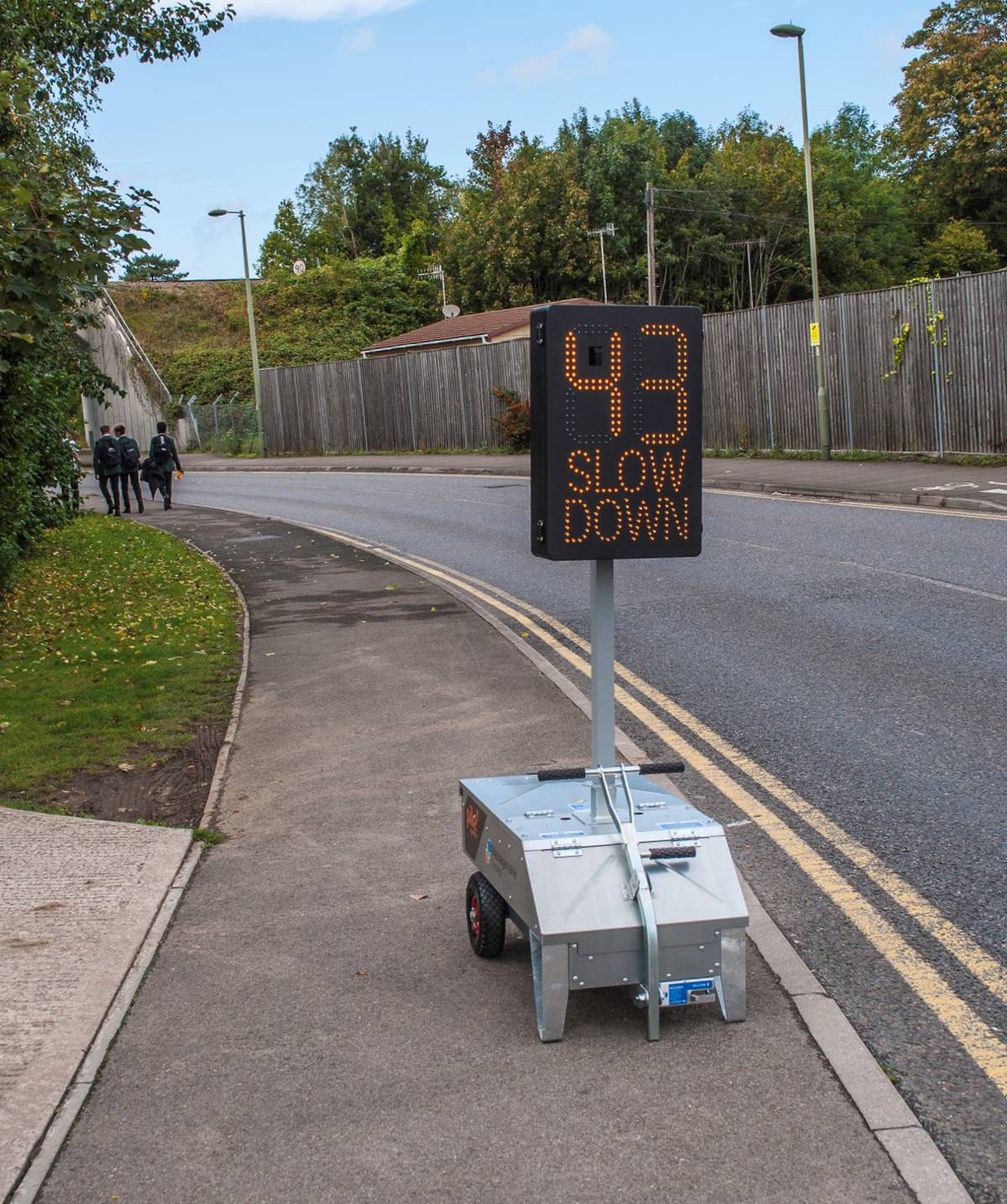 With this in mind, LED signage manufacturers such as Messagemaker Displays Ltd. have developed TSRGD compliant signage options for public highway projects. The company’s new Urban Speed Vehicle Activated Sign (VAS) is fully compliant and manufactured with the flexibility to display either the 20mph or 30mph speed limit depending on which is required.

Compact, durable and lightweight, it can be installed permanently at the roadside or relocated with ease if temporary usage is preferred. The system also has user adjustable trigger speeds and display durations. 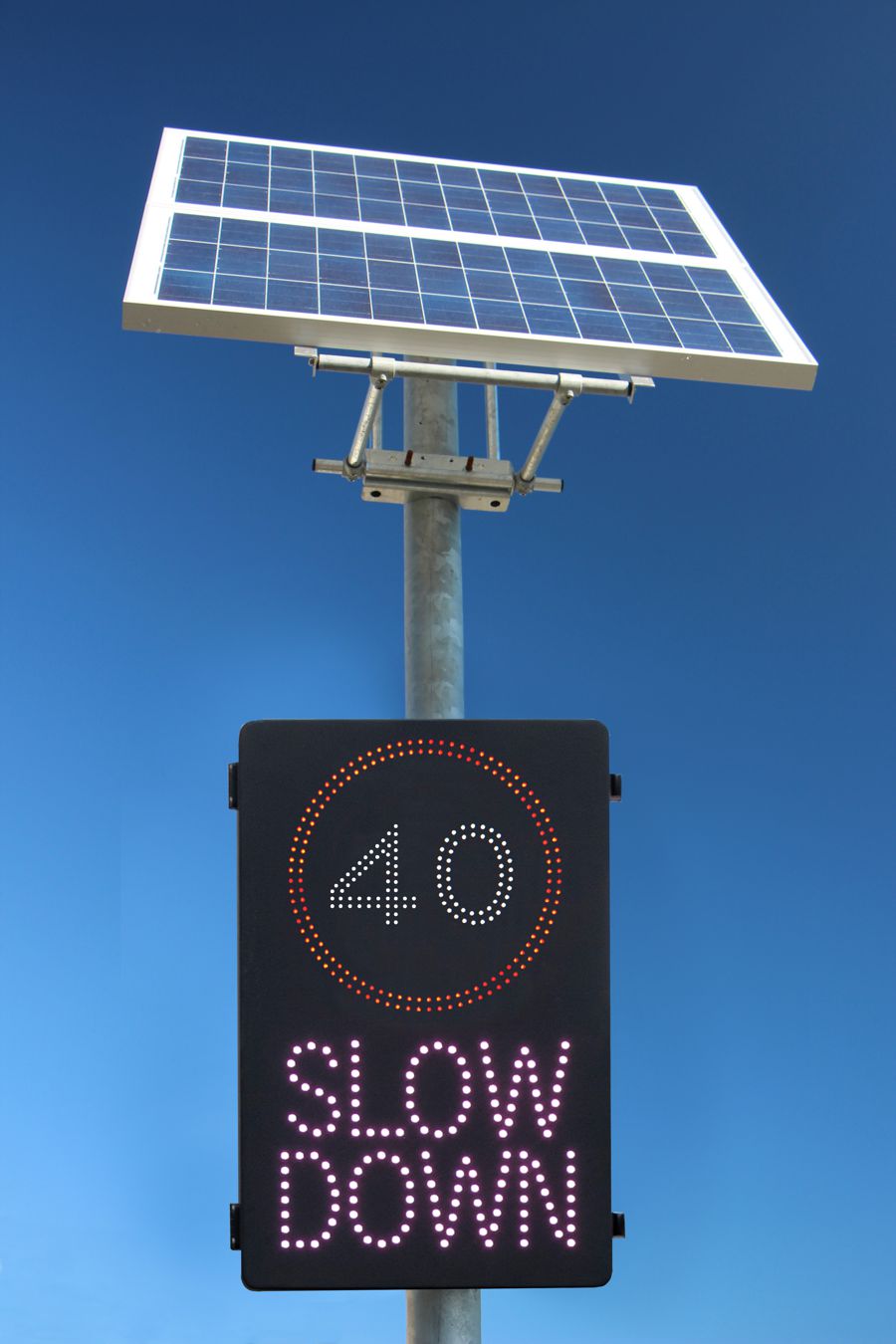