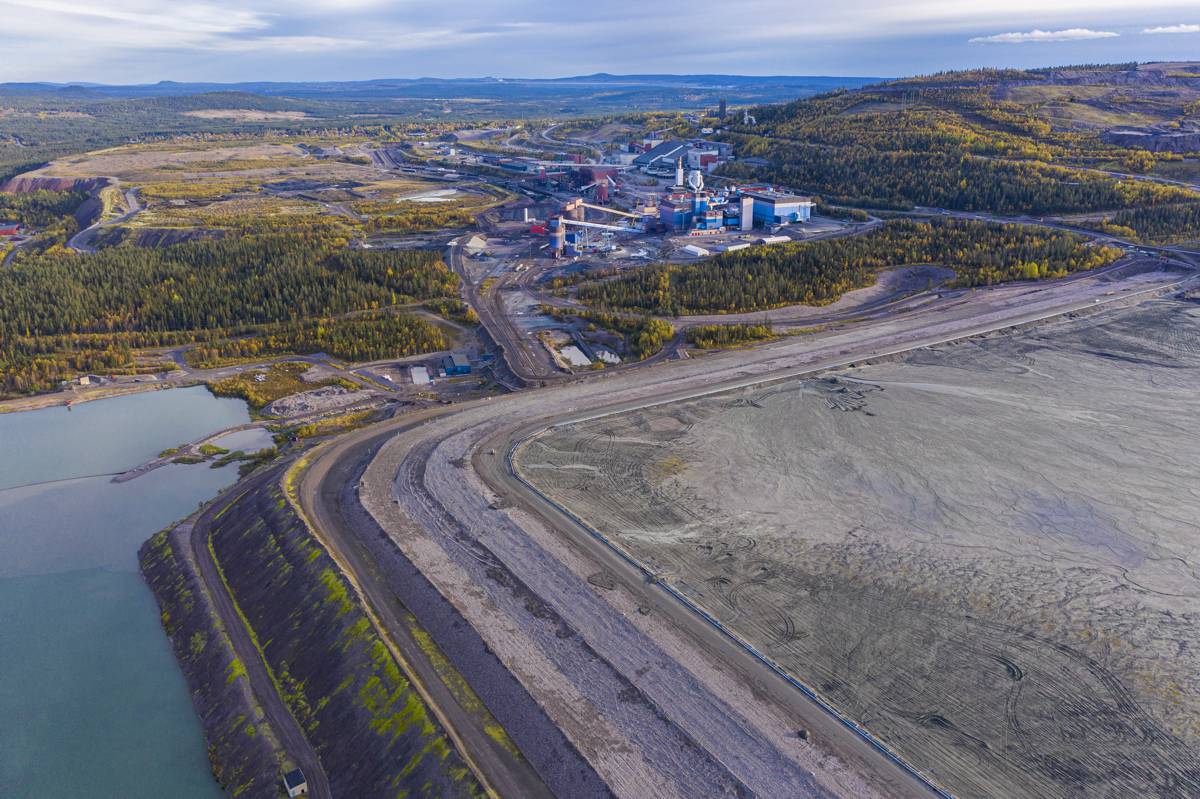 The leading Swedish mining companies LKAB and Boliden have signed an agreement and will begin working together to investigate the possibility of extracting pyrite concentrate from mining waste at the Boliden Aitik mine, which LKAB will subsequently process into fossil-free sulphuric acid.

The sulphuric acid will then be used in processes for extracting rare earth elements and phosphorus from LKAB’s mining waste.

“Together with Boliden we see an exciting opportunity to develop our plans to include another circular flow that can also remove dependence on fossil products on our way to becoming carbon-free. The sulphuric acid production will also generate excess heat that can be used in our industrial park, as well as fairly large volumes of iron oxide as a by-product. Collaborating in this way is smart, climate-efficient and positive for LKAB’s project to extract critical minerals,” says Jan Moström, President and CEO, LKAB. 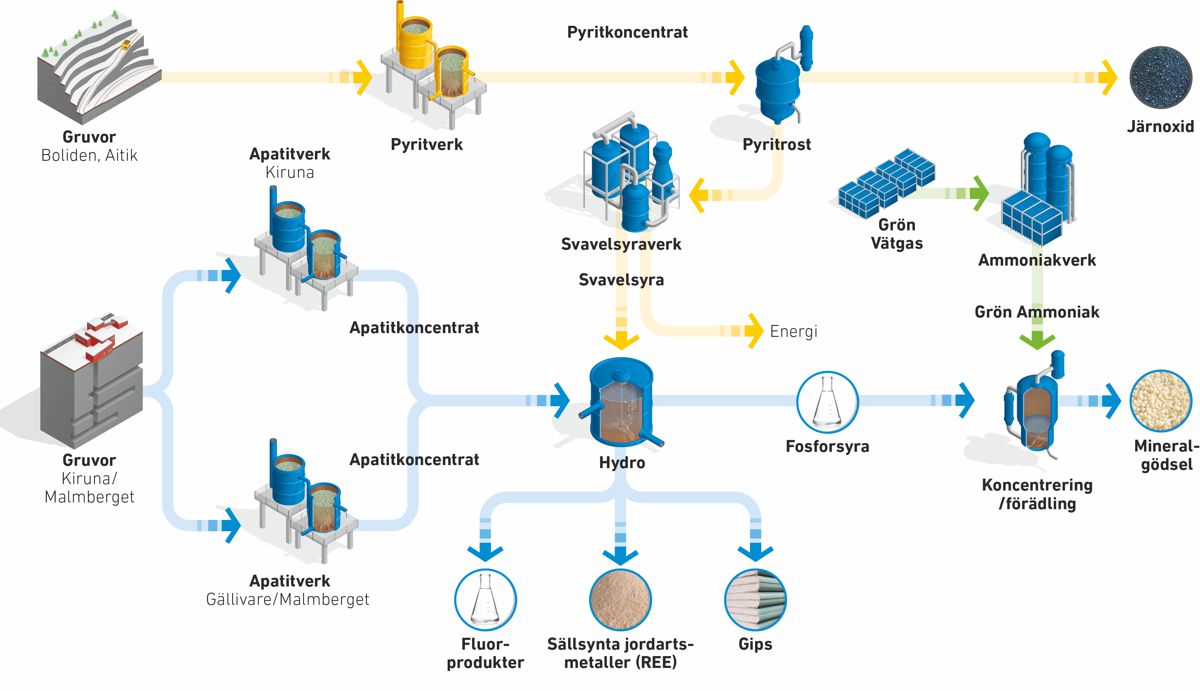 Already today more than a third of LKAB’s industrial minerals business is based on upgrading waste and by-products. Circular business models increase materials efficiency and could become an attractive and increasingly important business in the future. Extracting critical minerals such as phosphorus and rare earth elements from LKAB’s existing waste streams requires significant quantities of sulphuric acid. Rather than this being produced from fossil products from oil refineries, waste streams from the Aitik mine have been identified as potential raw material. The plan is for Boliden to establish a plant in Aitik for the production of pyrite concentrate, thereby reducing the need for deposits in Aitik. In parallel, LKAB will establish plants for producing sulphuric acid from the concentrate.

“Increased resource utilisation combined with potential profitability may mean that together our companies can provide even more value in the climate transition. If the current ideas are realised it will provide yet more proof of Northern Sweden’s  importance for the future,” says Mikael Staffas, President and CEO, Boliden.

Subject to an efficient environmental permit process, it is estimated that both LKAB’s production of apatite concentrate in Kiruna and Malmberget as well as the industrial park for further processing into critical minerals – including the production of sulphuric acid based on pyrite from the Aitik mine – could be operational in 2027.

Using pyrite as a basis for producing sulphuric acid is a known technology, but to be able to make these large investments long-term collaboration is necessary – which the two Swedish mining companies see great opportunities in. The volumes of pyrite concentrate are unlikely to cover the full amount that LKAB needs to produce the volume of sulphuric acid required. In the first instance LKAB will produce phosphorus and rare earth elements from the ongoing mining, but in the future could also expand production by extracting these from mining waste that has been deposited previously. If this becomes a reality, even more sulphuric acid will be needed. In this case additional pyrite-containing raw materials will be required, which Boliden can produce if the Laver deposit goes into production. 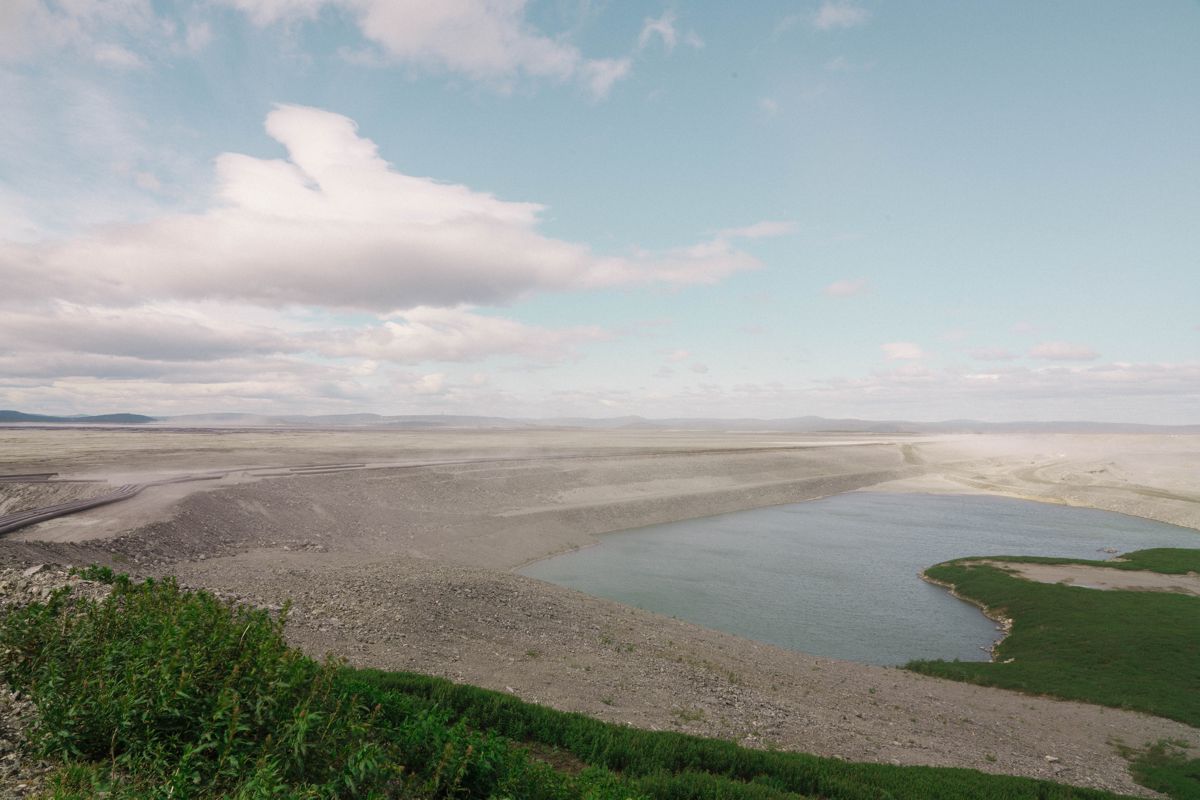