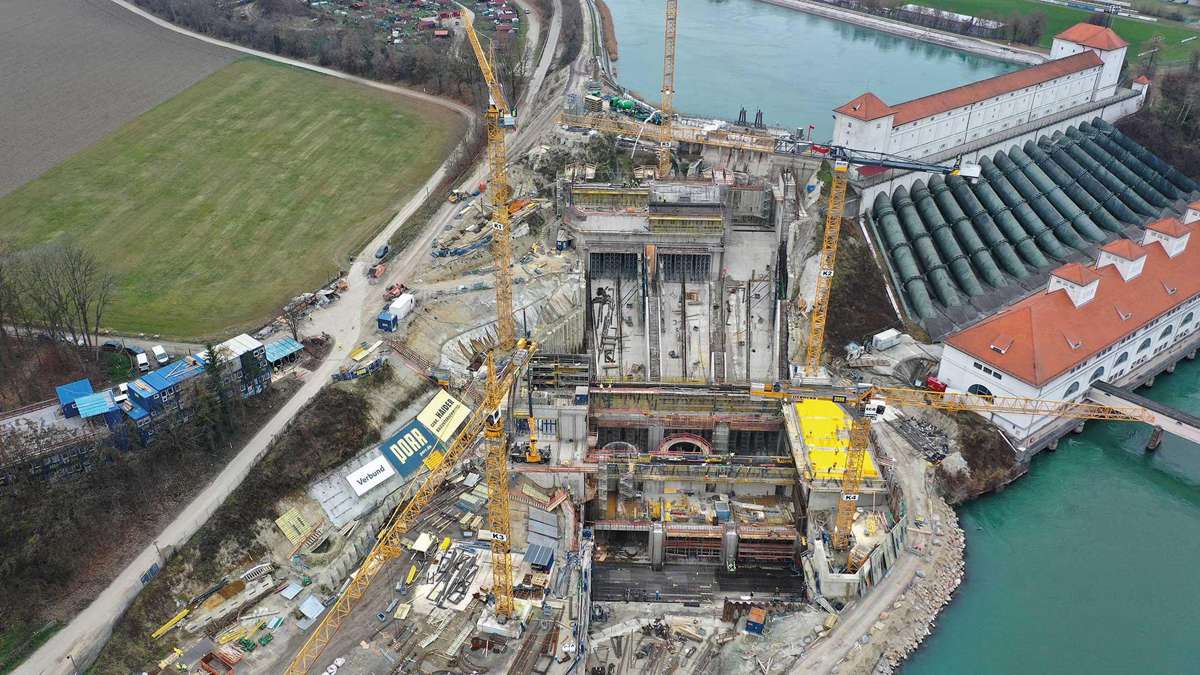 This year, the catchcry in Töging will be “Water on!” and the Inn canal, partially drained for the last phase of work, will be flooded again.

From the dam between Jettenbach and Aschau am Inn, the diverted Alpine river will flow 20 kilometres to the run-of-river power plant Töging, where it will rush a good 31 metres into the deep – 410 cubic metres of water per second, which will be converted into electricity in the powerhouse by three machine sets, each consisting of a Kaplan turbine and a generator. Enough to supply 200,000 households in the region with electricity every year.

A thundering spectacle, even though grass will have covered it soon. Nothing will be visible in the lush greenery except for two elegant concrete apertures marking the inflow and outflow of the new power plant. The future of hydroelectricity in Töging am Inn in Upper Bavaria will be subterranean: nine years of hydro energy planning and construction swallowed up by the earth. But this construction site – a moulded, moraine-like, sloping piece of land between the bank of the Inn and the historic structure – has a story to tell.

Here, where complex geometric planning meets geological caprice, where humans tame the irrepressible forces of nature a few metres above sea level. In the name of the energy revolution it will feed renewable energy into the grid. Not only has the entirety of civil engineering know-how been called upon here to keep the groundwater in check, methods first had to be sought to pave the way for this bold construction dream – formwork planning.

This is one of Doka’s key disciplines, demonstrating that also slopes of almost 30 degrees and slab thicknesses of four metres can be overcome. Doka provides ideal casting moulds for the concrete even when imagination is stretched to its limits.

The Doka project technicians have a lot of experience in power plant construction, having realised some fascinating structures: be it modernising an old power plant building to make it more efficient, building a new one or expanding an existing one; or a mixture of all three, as in the Töging project. “But here, the geometry of the turbines and inlet slabs was so complicated in several areas that formwork planning wouldn’t have been possible without a comprehensive 3D model,” says senior project technician Stefan Pirkner.

The aim was to understand which negative forms were needed to ensure flawless concreting later on. Over the course of roughly one hundred extra project hours, the complex was made comprehensible and the comprehensible was made precise. And the PORR GmbH & Co. KGaA and the construction supervisor Ralph Brenner received the ideal freeform formwork to cope with the demanding geometry. 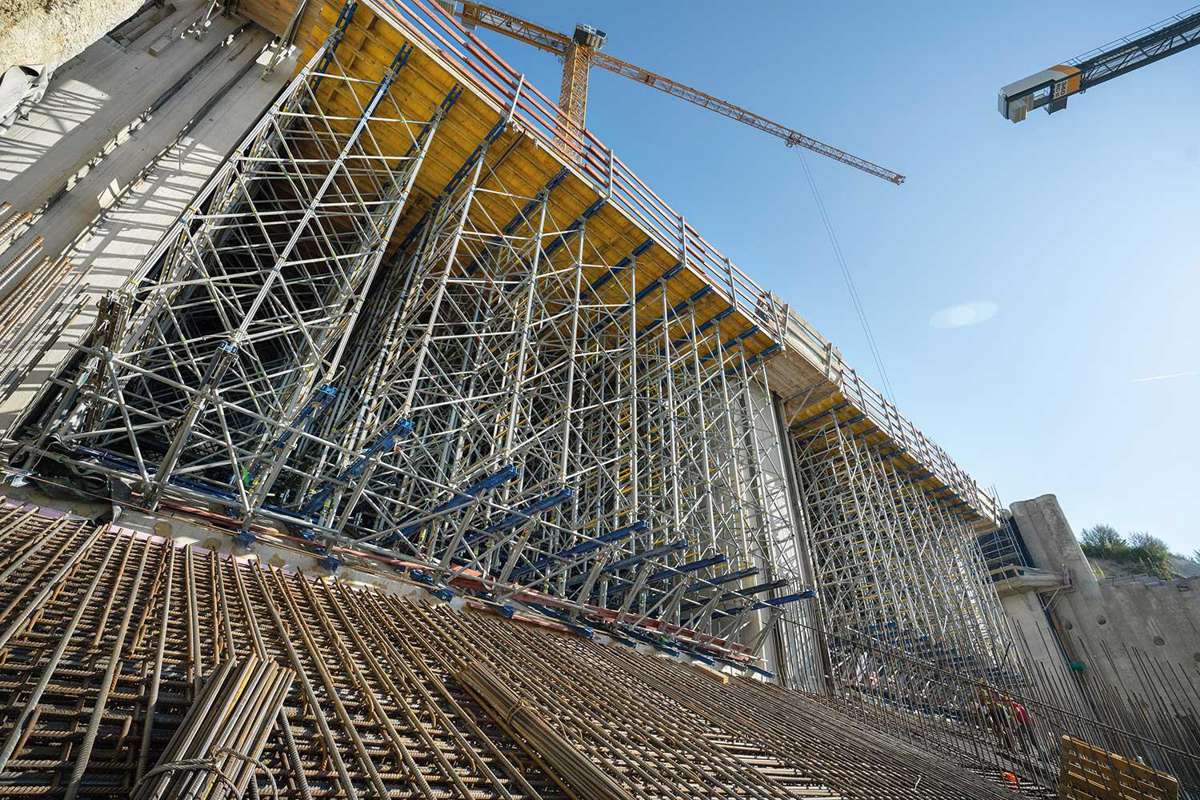 Doka as a solution provider

Ralph Brenner speaks highly of the collaboration with the Doka team. “We had a reliable contact person here at all times, and the custom-built modules came to us already pre-assembled so that we could concentrate on reinforcing and concreting.”

Even six-level structures such as stair towers were simple to handle and could be moved easily with one of the five cranes. All this gave the construction crew a feeling of security at work – another basis for the very high level of safety at what is currently Germany’s largest hydroelectricity construction site. 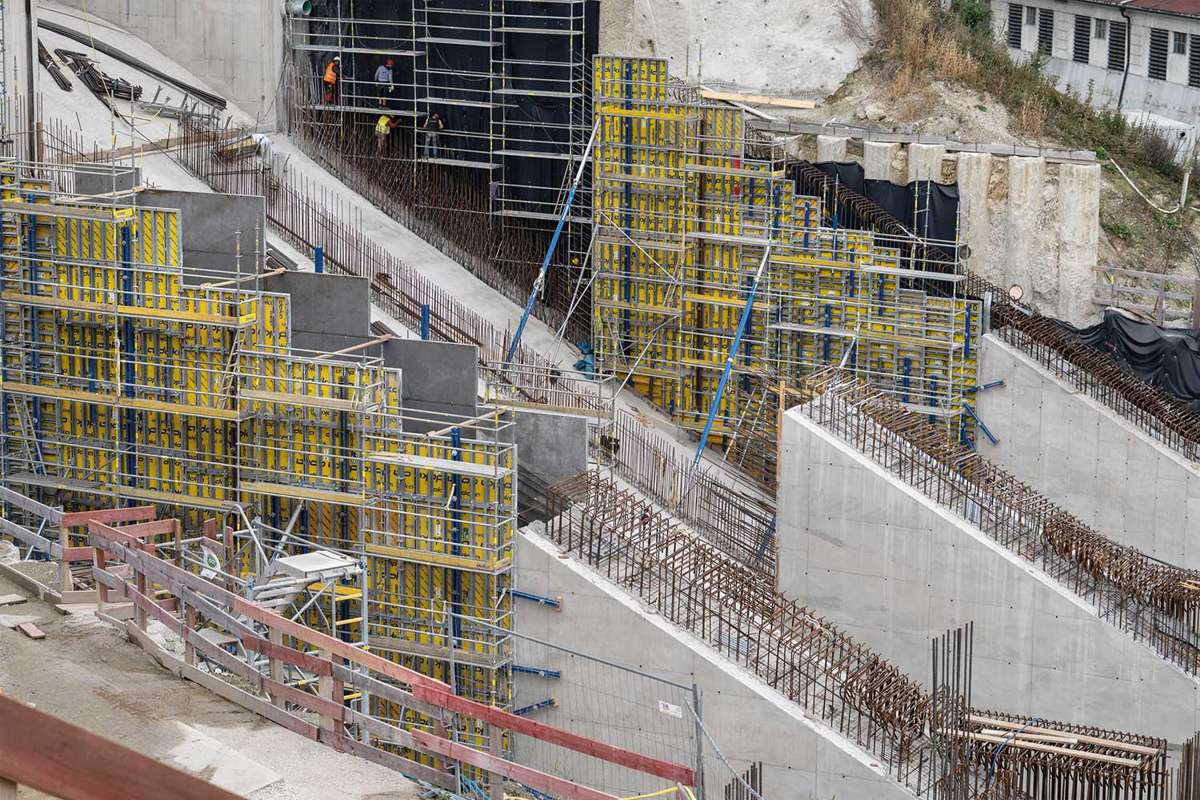 Everything was running seamlessly. “But then came the coronavirus,” says Peter Zehetmayer. And this was problematic not only for the Doka sales and field engineer. There were scarcely any border crossings or on-site support possible, and almost everything had to be done from home via video calls.

However, they still had a good overview, explains Zehetmayer. Digital technology such as BIM, 3D planning, real-time concrete monitoring and video conferencing were extremely helpful.

Compared to the historic power plant from the time of the Weimar Republic, built 100 years ago by up to 7,000 workers on what was then Europe’s largest construction site, the new and modern construction architecturally blends modestly into its surroundings – although its performance capability, with three vertically anchored turbines, will stand centre-stage.

All parameters, from the increased flow rate, to the storage level and rise, to the bottleneck capacity and controlled output, are designed to supply an extra 50,000 households with electricity. Bavarian operator VERBUND Innkraftwerke has spent a quarter of a billion euros on their project between Jettenbach and Töging. 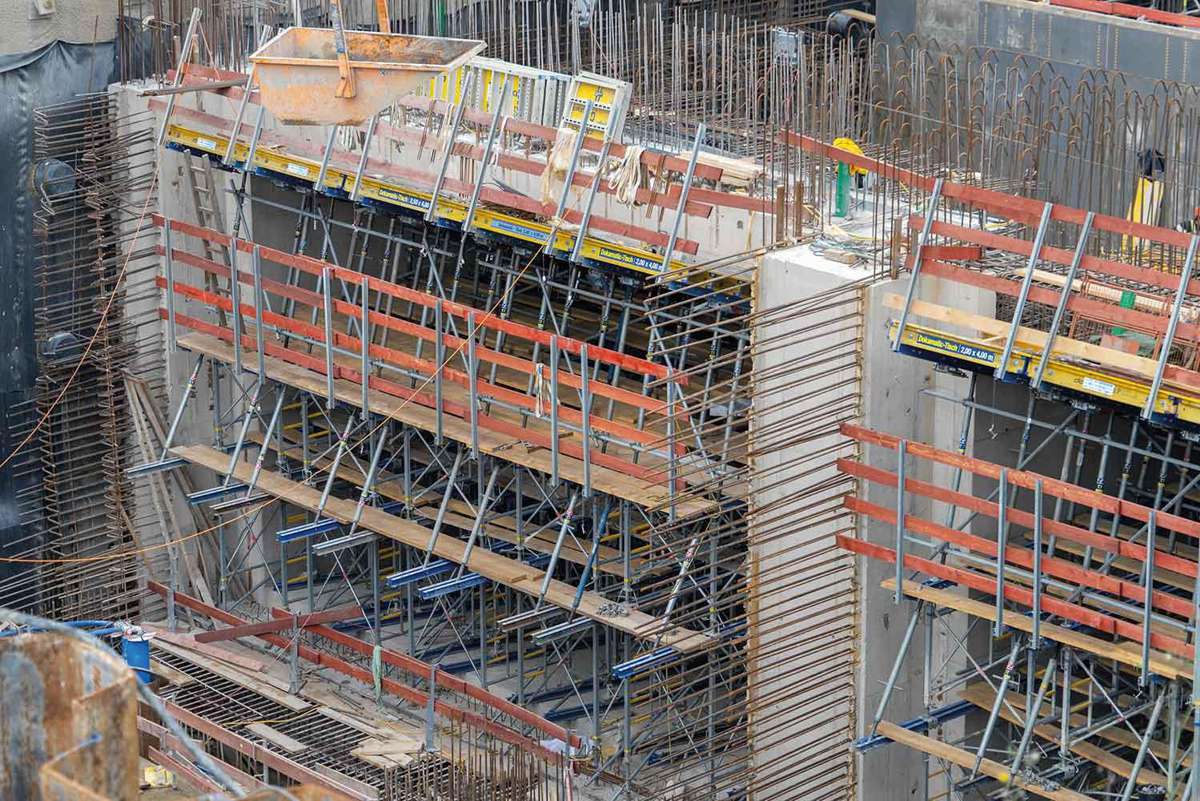 The Austrian company Doka is an expert in power plant construction – even when things get complex. Also, due to Austria’s mountainous topography, which makes up three quarters of the land area, 70 percent of electricity made in Austria comes from hydropower. That is well above the European average, and even the Kaplan turbine is an invention of the Alpine republic.

Historically, Doka is deeply rooted in power plant construction. After all, the name Doka comes from the Austrian DOnauKrAftwerken (Danube Power Plants), for which the first formwork was supplied in the 1950s. Or, in Zehetmayer’s own words: “We have the most experience when it comes to building power plants!” 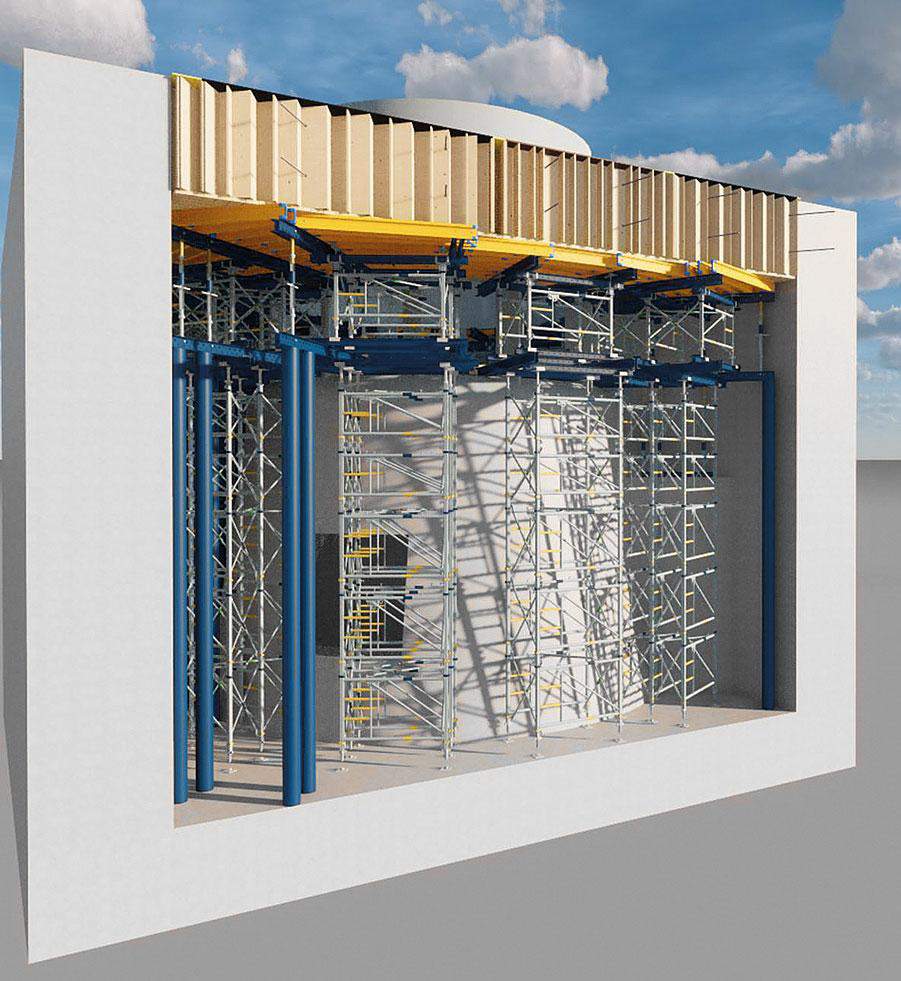 0 0 0
Previous : Bobcat signs up on new full-line dealer in Wales
Next : DHL investing $15m to Automate Warehousing with Boston Dynamics