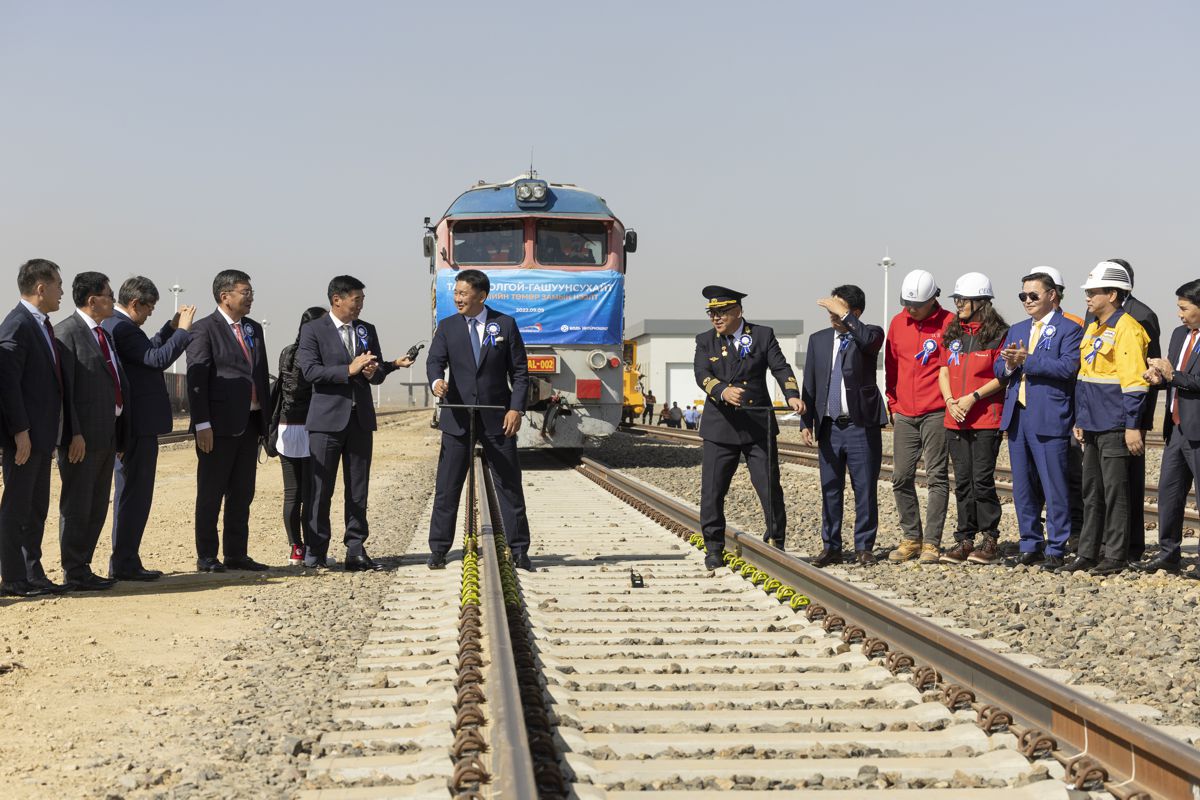 The completion of the Erdenes-Tavantolgoi (ETT) Tavantolgoi-Gashuunsukhait Railway Project has been hailed as a milestone of co-operation in the face of a many longstanding challenges, and celebrated as a major boost for the Mongolian economy.

Speaking at the opening, President Khürelsükh Ukhnaa expressed, on behalf of the Mongolian people, “our deepest gratitude and warm congratulations to ETT for putting this railway into operation on schedule, despite the difficult situation of international geopolitics and epidemics in recent years.” He added that the development “has clearly shown the importance of mutual understanding, proper management, rational policy and responsibility between the government and the private sector.”

The first-of-its-kind heavy duty railway has brought together more than 600 enterprises and 5,000 workers. ETT’s CEO, Mr. Gankhuyag Battulga, recognising the impact that the construction phase of the project has made, also expressed gratitude to “everyone who participated and supported this major development in our country, which is so important for our economy.”

The railway benefits from an absence of restrictions on transportation and border crossings, reducing costs fourfold. It provides annual capacity for an impressive 30-50 million tons of freight, specifically the shipment of coal to neighbouring China. While it is expected to generate a net profit of $ 147.7 million, off an annual revenue of $ 268.9 million, the railway has also created about 2000 permanent jobs, a significant long-term investment in the local economy which will improve quality of life for thousands of people.

The project was first started a decade ago, but almost immediately placed on hold by the Mongolian government in 2013 due to financial concerns and mismanagement issues. Re-initiated in March 2020 with the creation of Tavantolgoi Railway LLC under Government Resolution No. 242, the project was revitalised with Erdenestavan Tolgoi JSC responsible for investment and financing. Together, these entities proceeded with spectacular pace, resulting in the project’s completion in just two years, notable for a project of this size. The project was completed in the face of numerous logistical challenges presented by Covid, which makes its conclusion even more of an achievement.

The Tavantolgoi-Gashuunsukhait Railway was just one of almost twenty ETT infrastructure projects still in development, generating thousands of jobs. While its completion ends one long and arduous challenge, it opens significant new long-term opportunities, and will continue to impact on Mongolia’s economy for generations to come.