Retro reflective studs have long been the favoured and trusted choice for roadside delineation, but now SolarLite Active Road Studs are an excellent alternative.

A Shaw solution to delineation

With a history and reputation spanning more than 80 years, ‘cats eyes’ have become a familiar feature on UK roads as the go-to choice for roadside delineation. Based upon the concept of a headlight beam reflecting in a cat’s eyes, Percy Shaw’s original invention has since become a registered trademark with variants of the product more widely known as retro reflective studs.

Since their introduction in the 1930s, there have only been minor variants to the design of retro reflectors with little change to the method of performance; the reflectors still rely on the beam of a headlight to be seen. This is despite the road network undergoing major changes over the past eight decades including a significant increase in capacity and the introduction of motorways.

With so many more vehicles reliant upon local and strategic road networks, it is important they operate safely and efficiently by incorporating the most effective measures. Whilst retro reflectors have long been the favoured choice, the idea was founded upon the use and design of roads 80 years ago. So perhaps it is time for road operators to consider a more modern solution which is reflective of roads today, such as SolarLite Active Road Studs – hereby referred to as active studs. 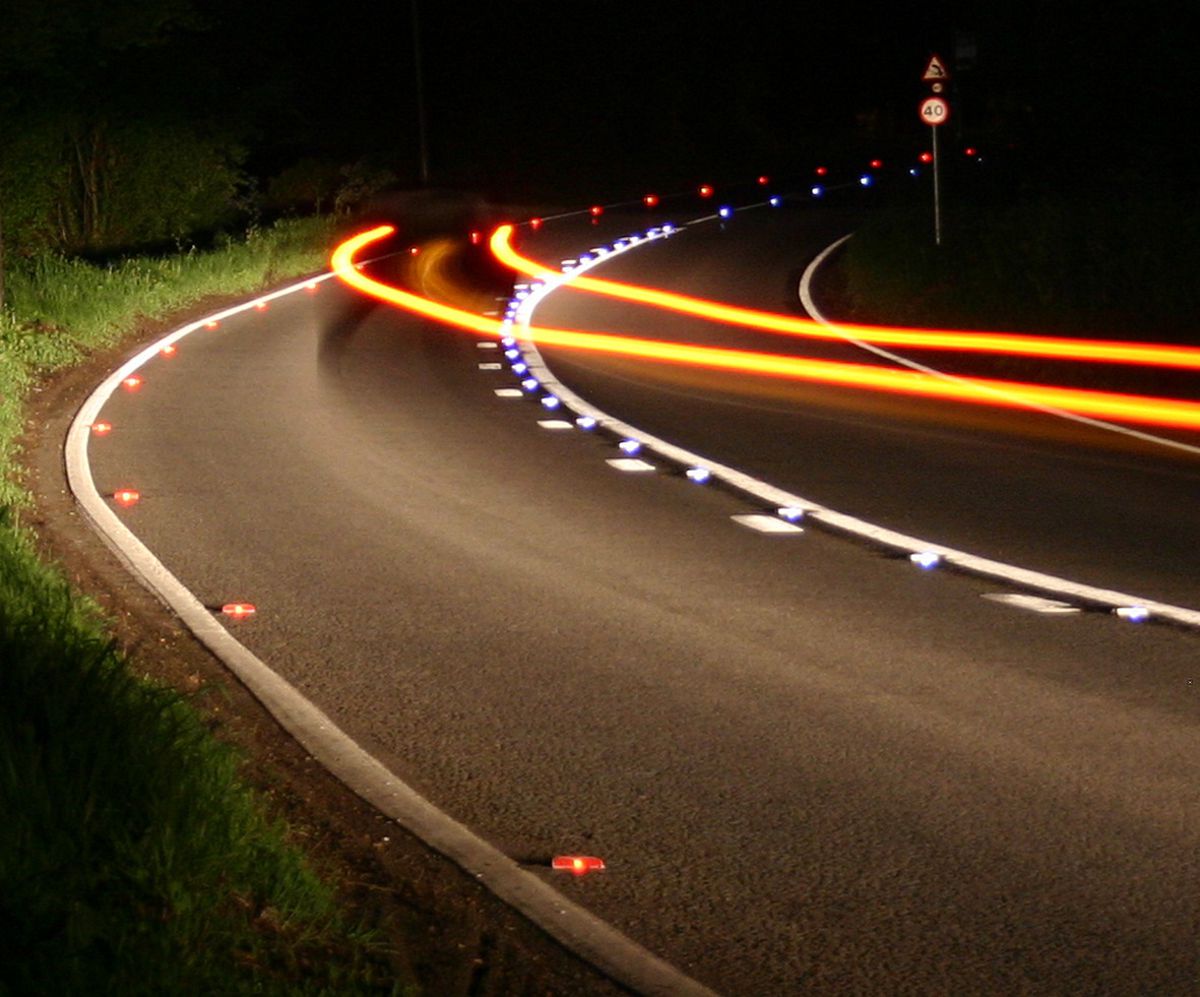 A history in the making

Clearview, under its former brand Astucia, developed the first ever solar-powered road studs which were installed in UK roads in 1996. They were the brainchild of Martin Dicks, a London fireman who regularly commuted from his home in Doncaster along the A1 in heavy fog.

Having attended road traffic collisions and with the firefighter mindset of accident prevention, Mr Dicks launched the SolarLite Surface Studs. Unlike traditional retro reflectors which required a headlight to reflect the beam back at the driver, the stud utilised solar power to charge ultra-bright LEDs (Light Emitting Diodes) which proactively emitted light.

As an avid motorcyclist, Mr Dicks then took his invention further by developing a flush alternative which virtually eliminated any above-ground profile that could prove hazardous to riders whilst improving their riding experience with enhanced delineation. The flush studs have since proved to be the more popular option for installation, as the studs sit just 4mm above the surface of the road. 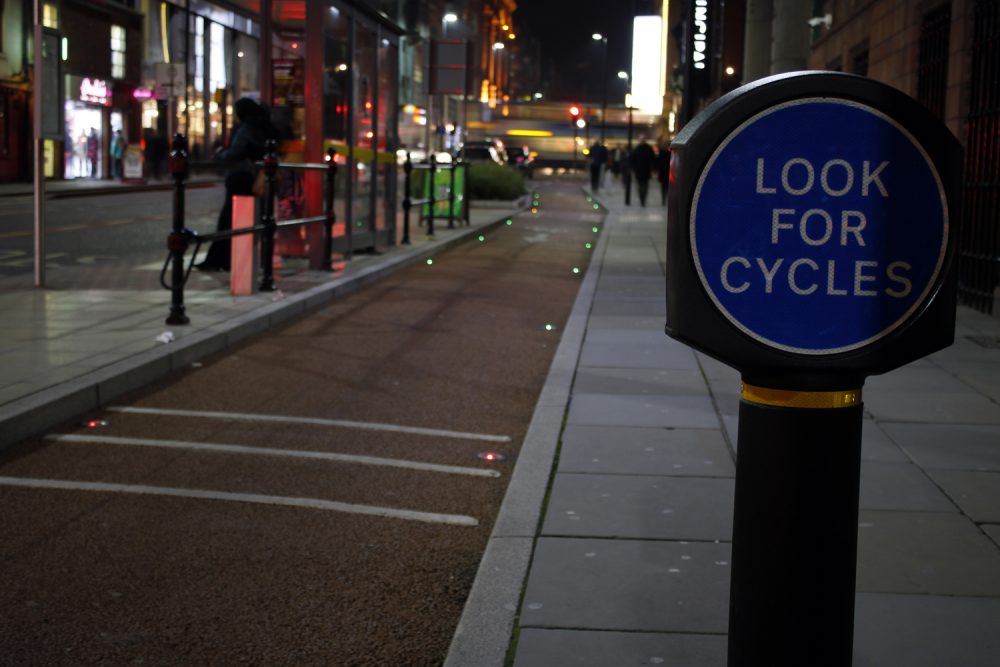 The term ‘active’ refers to the performance of the studs, which use inbuilt sensors to automatically illuminate at dusk and discharge in daylight. This is in comparison to reflectors which are only visible with use of a beam, meaning if the headlights are off or not pointing directly at the studs, such as on approach to a bend or junction, they are effectively invisible.

The LED, which has an output of >100Hz, is visible from up to 900 metres – 10 times further than the 90 metres offered by retro reflectors. Because of this enhanced delineation and increased visibility of the road layout, drivers have 10 times longer to react to changes in the road ahead. To put into context, a driver travelling around 60mph with 90 metres visibility will have 3 seconds to respond whereas a driver travelling at the same speed with 900 metres of visibility will have over 30 seconds to react.

When conducting research, the Transport Research Laboratory concluded that when active road studs are used, drivers are significantly less likely to cross the central white line or move out of a lane on a dual carriageway. It also found braking is more consistent and less erratic and use of the headlight main beam – which risks dazzling oncoming drivers – was reduced.

The direct and indirect benefits born from active studs have been felt by road operators including Highways England, Transport Scotland, tier one operators and local authorities who have expanded their use beyond simply tackling accident hotspots.

For roads with – or perceived to have – hazardous features including bends, dips or junctions, the studs deliver enhanced delineation whilst at complicated intersections, on/ off ramps and lane mergers, they provide improved guidance.

Unlit routes which are hampered by a lack of street lighting or mains power can benefit from a sustainable compromise or if the problem is in an Area of Outstanding Natural Beauty, the studs can provide a non-intrusive solution.

With an operational lifespan of up to 10 years, the reduced maintenance requirements, associated risks to roadworkers and disruption to drivers mean the benefits extend far beyond delineation and road safety. Regardless of the problem, the extended operational lifespan of an active stud compared to a retro reflector will equate to a significant return on investment (ROI) and better value for money.