Fluor has announced that the Loop 202 South Mountain Freeway project in the Phoenix metropolitan area—the largest project ever managed by the Arizona Department of Transportation (ADOT)—has been selected as one of the top 12 finalists in the national America’s Transportation Awards competition.

This annual event recognizes projects that make travel in the U.S. safer, better and more accessible to motorists, bicyclists and pedestrians.

The 22-mile-long Loop 202 South Mountain Freeway was recently selected as the first-place winner for innovation and use of technology in the west region stage of the America’s Transportation Awards judging. The American Association of State Highway and Transportation Officials announced that the $1.7 billion South Mountain Freeway is now among the 12 finalists competing for two separate awards—the Grand Prize and the People’s Choice Award. Both awards come with a $10,000 prize for a charity or transportation-related scholarship of the winner’s choosing.

Drivers were able to begin using the new freeway last December due to an innovative accelerated schedule that saved years of construction and millions of dollars in costs.

“The Loop 202 South Mountain Freeway represents the largest project in state history and has been recognized as a model for innovation, safety and taxpayer value,” said Arizona Governor Doug Ducey. “Congratulations to ADOT and the project team for earning this recognition as one of the best transportation projects in the nation.”

“This project is a model for collaboration, innovation and safety that was completed on time and saved the Arizona taxpayer millions of dollars,” said Terry Towle, group president of Fluor’s Infrastructure & Power business. “To be named a finalist for these awards is a testament to the dedication and teamwork of our project partners, community leaders and ADOT. We are proud of the positive impact the Loop 202 has had on the local community.”

An independent panel of transportation industry experts will select the Grand Prize winner, while the general public will decide the People’s Choice Award winner through online voting. Votes can be cast through October 25, 2020, at AmericasTransportationAwards.org. Winners will be announced in November.

The Loop 202 South Mountain Freeway includes 42 bridges and 22 miles of improved mobility via four lanes in each direction—three general-use lanes and one high-occupancy—and includes modern features such as rubberized asphalt, five multi-use wildlife crossings, a pedestrian bridge and a six-mile long, shared-use path for pedestrians and cyclists. The project also includes a freeway-to-freeway interchange including approximately five miles of tie-in work on the I-10 Papago Freeway. The Loop 202 South Mountain Freeway connects the east and west valleys of the Phoenix metropolitan area and provides greater mobility along the city’s southwest quadrant.

Construction began in 2016 and was completed in December 2019, with more than 6.2 million work hours without a lost time incident.

“Working in partnership with ADOT over the last three and half years, we have achieved our goal of providing Arizona with a safe, innovative, cost-effective and much needed connection that will help alleviate traffic congestion and improve the safety and operational efficiency for drivers throughout the Phoenix-metro area for years to come,” said Walter J. Lewis, III, senior project director for Fluor and Connect 202 Partners, LLC.

It is the first freeway project procured under Arizona’s public-private-partnership statute and ADOT’s first design-build-maintain project.

Fluor will maintain the project for 30 years with oversight from ADOT. 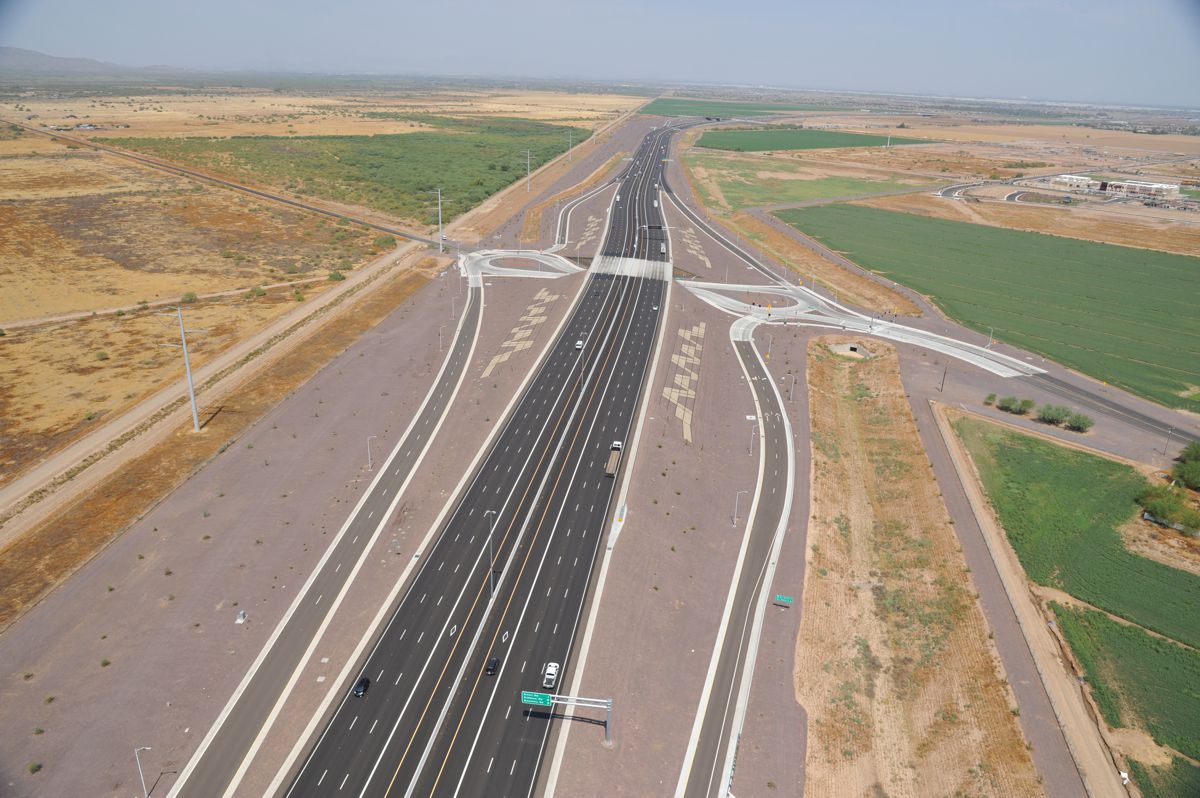