Bosch helping cities worldwide in the battle against air pollution

Bosch helping cities worldwide in the battle against air pollution

Around the world, people are flocking from rural areas to cities. By 2050, there will be more than six billion people living in megacities, twice as many as now. Over the same period, the volume of urban traffic is set to increase threefold, not least because the continuing boom in online commerce will feed further growth in delivery traffic. A denser population and more traffic means increasing air pollution.

Across the globe, from Paris to Shanghai, major cities therefore face a major challenge: providing mobility for people and goods while also improving the quality of the air we breathe. This is no easy task: according to the World Health Organization (WHO), around 90 percent of the world’s population now live in areas where air quality is poor.

The Organization for Economic Cooperation and Development (OECD) estimates that the economic impact of air pollution is around 5 trillion dollars worldwide. Rising healthcare costs account for the lion’s share of this sum. “Clean air concerns us all,” says Dr. Volkmar Denner, the chairman of the board of management of Robert Bosch GmbH. “At Bosch, we recognize not only our global responsibility for climate action but also our local responsibility for combating air pollution. And to meet that, we need more technology, not less. With technology that is ‘Invented for life,’ we can help cities and make the world a better place.” Bosch is therefore working both beneath and beyond the engine hood in order to make mobility as emissions-free as possible. Moreover, as an employer, the company is also taking on responsibility for improving air quality around the globe.

Dr. Volkmar Denner, the chairman of the board of management of Robert Bosch GmbH , said: “At Bosch, we recognize not only our global responsibility for climate action but also our local responsibility for combating air pollution. And to meet that, we need more technology, not less. With technology that is ‘Invented for life,’ we can help cities and make the world a better place.” 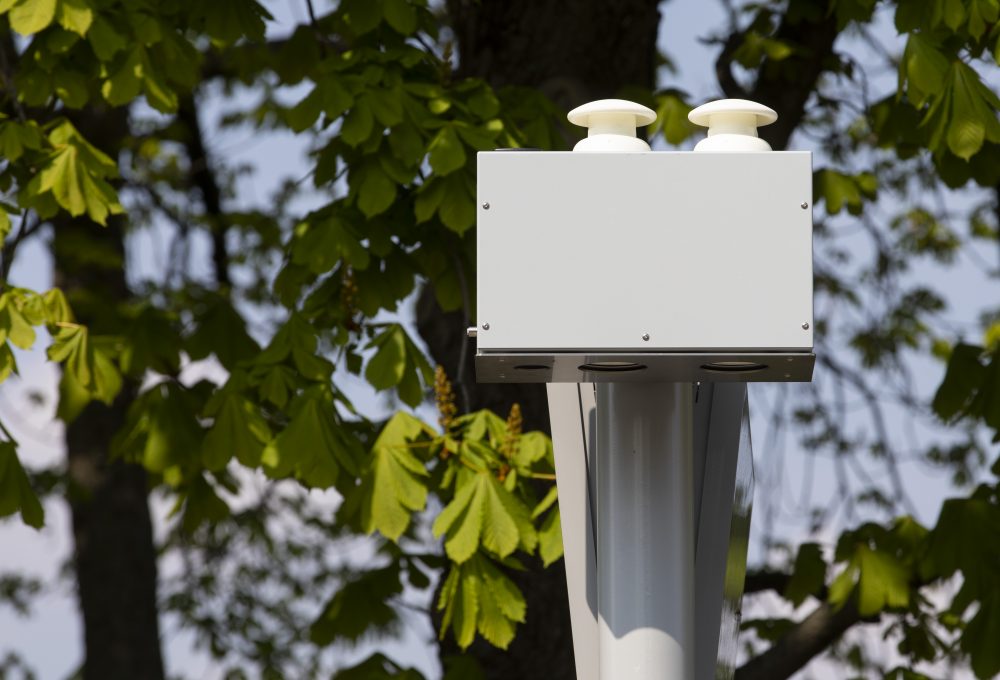 Technological advances and policy changes have significantly improved air quality, especially in Europe and the United States. Poor air quality is not caused by vehicle emissions alone. Industry, agriculture, and the energy sector also contribute to air pollution in varying degrees around the world. Air composition varies sharply from one location to another – as do levels of airborne pollutants such as particulate matter, ozone, sulphur dioxide, and nitrogen oxides.

Other factors impacting air quality include chemical processes in the atmosphere triggered by temperature gradients, wind conditions, and solar radiation. For example, sunlight increases ozone concentration, and ozone can react with nitrogen monoxide to form nitrogen dioxide (NO²). To gain a better understanding of these processes and to collect more data on air pollutants at various locations in urban areas, Bosch has developed a system for measuring pollution.

Installed in a compact housing, this technology is currently being trialled in the Stuttgart metropolitan area, Paris, and Marseille. Its purpose is to deliver reliable data on air quality, which can then be used, for example, to map air quality in real time across a city as a basis for more efficient traffic management.

Beneath the engine hood: focusing on nitrogen oxide and particulate emissions

Bosch is using its know-how and considerable financial resources to make cars fit for the future. This involves a two-pronged strategy: advancing the development of electromobility and achieving further refinements to the internal-combustion engine.

The aim is to design an internal-combustion engine that no longer makes any appreciable contribution to air pollution in our cities. With the development of new technology for diesel-powered vehicles, Bosch has taken a major step in this direction. This technology, which is now being successively rolled out in production vehicles, will reduce the emission of nitrogen oxides to well below the level of future limits. In other words, nitrogen-oxide emissions from new diesel cars will no longer be relevant.

Thanks to the introduction of the particulate filter, this has also been true of particulate emissions from diesel vehicles for quite some time now. Bosch is also pursuing this aim for gasoline engines, and making good progress: modifications to engines and efficient exhaust-gas treatment can bring particulate emissions down to a level roughly 70 percent lower than the Euro 6d temp standard. In Europe, Bosch no longer carries out any development work for gasoline engines that are not fitted with a particulate filter.

At the same time, the company is also seeking to minimize the particulate emissions produced by braking systems. Developments here include the iDisc, which generates as little as ten percent of the brake dust produced by a conventional brake disc, and the regenerative braking system, which can cut brake dust by over 95 percent in electric vehicles. 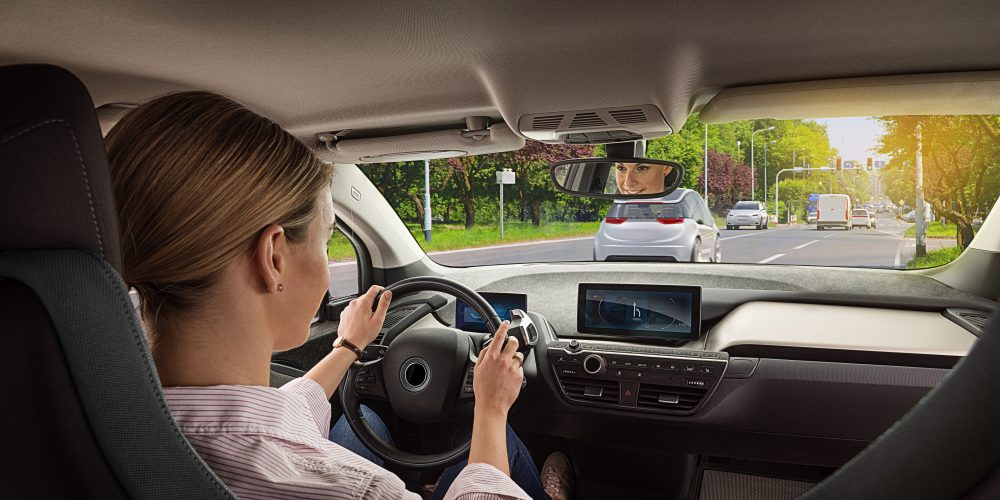 Beyond the engine hood: understanding, planning, and managing city traffic

Bosch’s activities to reduce air pollution go beyond the engine hood as well. “We’re focusing on the big picture here,” Denner says, “and looking at long-term mobility trends, particularly in urban areas.” Bosch is now in talks with over 100 municipalities and regions across Europe. The aim is to improve air quality. On the basis of the acceleration and braking patterns of single vehicles, Bosch can reliably extrapolate to the behaviour of the total fleet of vehicles on the road and thus to the total current emissions.

Bosch is therefore now collecting anonymous data in Stuttgart and neighbouring municipalities in order to determine how traffic must change to reduce emissions. It is on this basis that Bosch is advising cities on traffic planning and traffic management. In Stuttgart, for example, at Germany’s busiest traffic junction, Bosch has shown that by maintaining a steady flow of traffic, it is possible to reduce current vehicle emissions by as much as 20 percent.

This is just one of many lines of attack currently being pursued by Bosch. Another is the launch of the e-scooter sharing service COUP. This Bosch subsidiary operates a combined fleet of 5,000 electric scooters, providing locally emissions-free mobility for people in Berlin, Paris, and Madrid. Bosch is also employing pure software solutions to improve air quality. The Triffix app, supplied by the Bosch start-up of the same name, provides real-time customized routing information from A to B, including alternative routes, direct from the city’s traffic control centre. In so doing, it helps prevent urban traffic from grinding to a halt.

Responsibility as an employer: mobility management for associates

Yet the very best way to stop traffic from coming to standstill is to prevent congestion altogether. This is the basic principle behind the mobility management system that Bosch operates for its associates.

In the Stuttgart metropolitan area alone, some 50,000 Bosch associates, though only one-eighth of the company’s global headcount, cover a combined total of over 1.5 million kilometres a day. The solution is to use shuttle buses, which eliminates many of these individual journeys. Bosch runs shuttles not only in Stuttgart but also in Istanbul (Turkey), Curitiba and Campinas (Brazil), and Changsha, Beijing, Shanghai, and Suzhou (China).

In Shanghai, for example, ten long-haul and seven short-haul buses transport more than 1,000 passengers a day. Alternatively, by using the ride-share platform SPLT, which Bosch acquired in 2018, associates can create their own carpool and commute to work together. This platform was recently introduced in Mexico and is now being used in the Stuttgart metropolitan area.

In addition, Bosch associates are also being offered the option of telecommuting from home or from a more convenient company location. As Bosch’s broad-based approach shows, it will take a whole range of measures to improve air quality. Only by adopting such strategies will cities around the world be able to breathe easily again and continue to provide their swelling populations with a high quality of life.