Bosch is paving the way for 3D displays in vehicles

Bosch is paving the way for 3D displays in vehicles

Bigger, more visually attractive, and with more and more features, digital displays are becoming a key feature of vehicle cockpits. Neither drivers nor passengers want to be without the display and control features they now enjoy on devices such as smartphones and televisions. But there is more to it than that: in the cockpits of the future, digital displays will play a key role in the interaction between drivers and their vehicles. With its new 3D displays, Bosch is responding to this trend.

The products use passive 3D technology to generate a realistic three-dimensional effect that allows visual information to be grasped faster than when displayed on conventional screens. “Displays are increasingly becoming interactive systems that can better anticipate drivers’ individual needs,” says Dr. Steffen Berns, president of Bosch Car Multimedia. “There is huge business potential for Bosch here.” 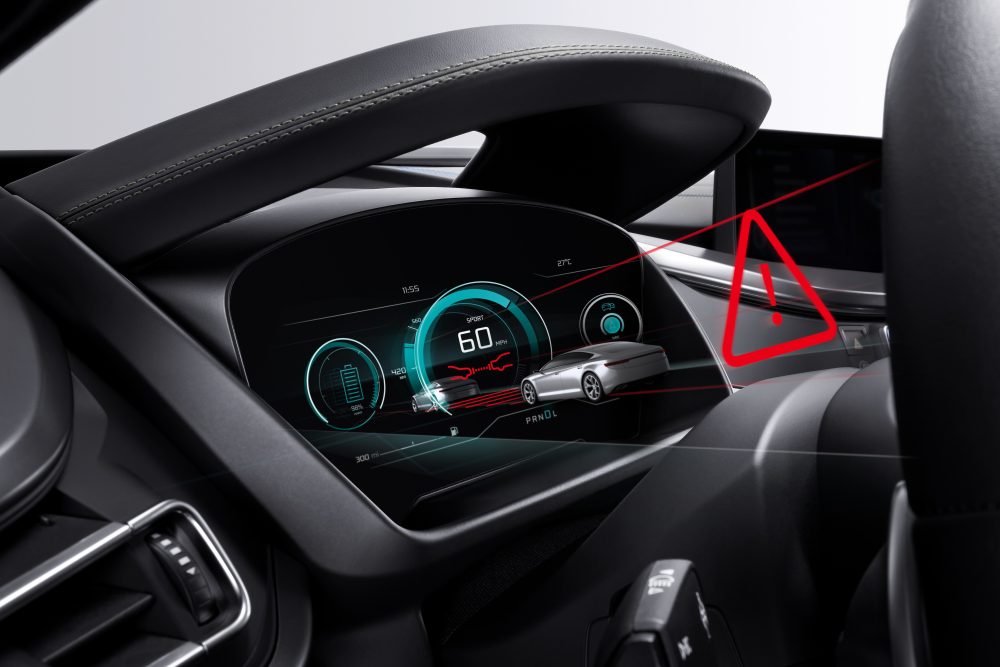 3D effect in the cockpit

3D displays are the latest trend for vehicle cockpits. On the movie screen, a 3D effect serves primarily to enhance a film’s entertainment value. But in a vehicle, it’s a different case. “The display’s depth of field means drivers can grasp important visual information faster, whether from an assistance system or a traffic-jam alert,” Berns says. “Alerts that seem to jump out of the display are much more obvious and urgent.”

When parking, moreover, the rear-view camera image is more realistic, allowing obstacles to be detected earlier. And drivers can get an even better idea of how much space they have left between the rear fender and, say, a parking garage wall. When navigating street canyons, this 3D effect also plays a decisive role, as the spatial depth of the map display makes it immediately clear which building marks the next turn. For its new display, Bosch makes use of a passive 3D technology, which works completely without additional features such as eye tracking or 3D glasses. 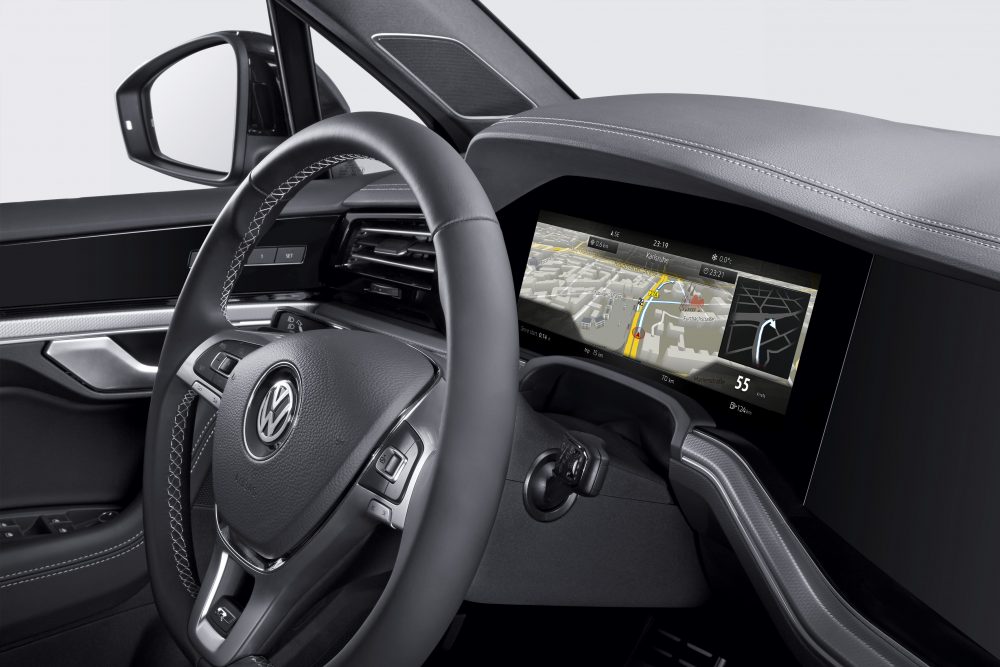 The eyes are responsible for 90 percent of all human sensory perception. Simply showing information on a car display instrument is old hat. The future is all about interaction between users and displays. And Bosch is ready for this. Its portfolio includes applications of all kinds – from small and flat to large and curved, and sometimes in unusual shapes such as round or with trimmed corners. On top of this, interaction can take the form of voice or touch control – the latter also with haptic feedback. “Bosch is developing infotainment to suit any customer,” Berns says. And especially when the drivers of the future let their autopilot do the driving, the human-machine interface (HMI) will be crucially significant for the interaction between the car and its driver. 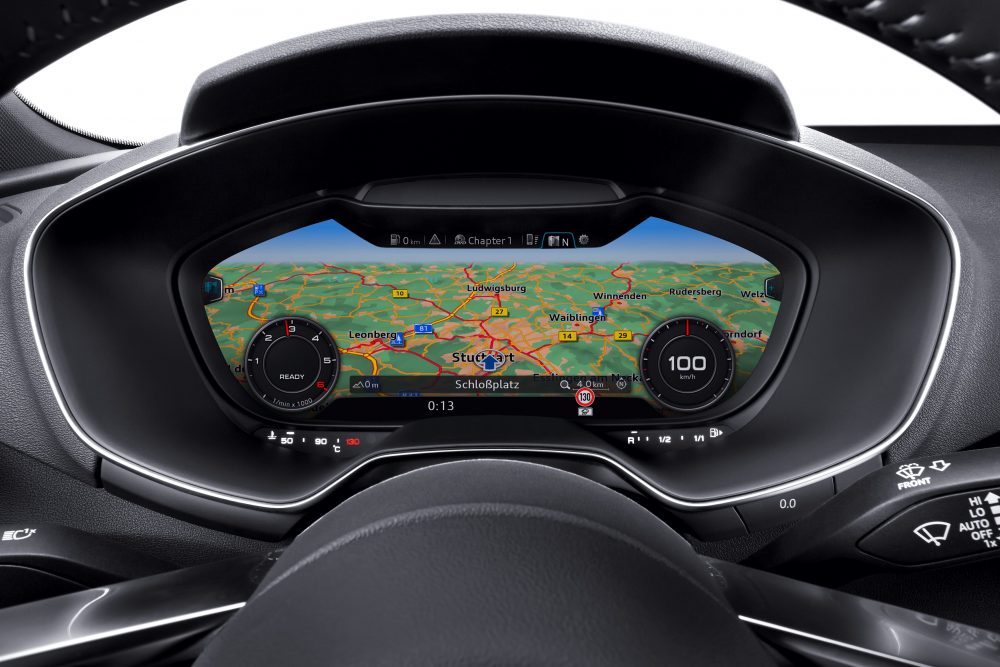 Back-end makes all the difference

As displays grow in size, become more multi-purpose and intelligent, and feature voice and touch control, more and more computing power is needed. This could mean many more control units. Even now, as many as 15 back-end processing units control the display and operating systems. Bosch uses just one cockpit computer to coordinate the entire HMI, and delegates all control functions to one central control unit. “We are putting intelligence into the cockpit,” Berns says. Fewer control units also means less weight, and vehicle development times are also reduced. Thanks to over-the-air updates, moreover, the infotainment system can be kept up to date just as simply as a smartphone. 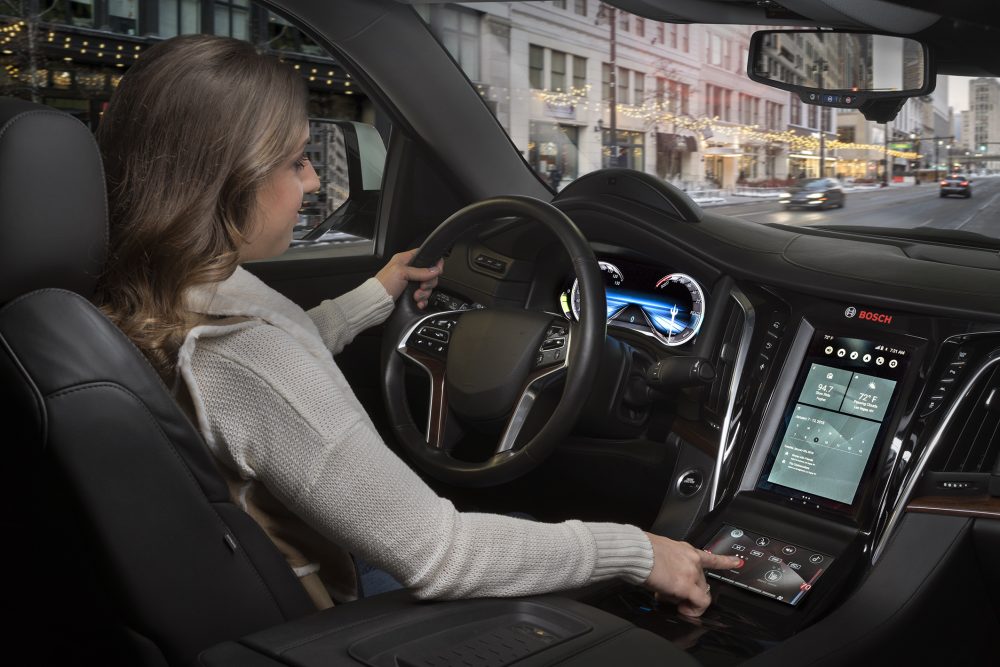 Vehicle displays are subject to rigorous safety standards. Especially when it comes to temperature fluctuations and vibrations, these standards are far higher than for consumer electronics. For example, car displays have to work perfectly whether the temperature is minus 40 or plus 120 degrees Celsius, and this over the vehicle’s entire service life. Even in the event of partial failure, drivers have to be able to rely on a minimum amount of vital information at all times. Bosch operating systems are tested thoroughly to make them fit for vehicle use.

Since the 1980s, the company has repeatedly set milestones for vehicle display instruments, such as the world’s first digital display, featured in the cockpit of the Audi Quattro. It was also thanks to Bosch that the first freely programmable display went into production in the Audi TT some five years ago. And Bosch is also behind the world’s first curved instrument cluster in the Innovision cockpit of the latest VW Touareg. The company also applies its digital innovations to display instruments for motorcycles and e-bikes.